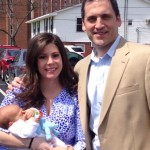 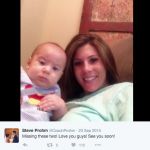 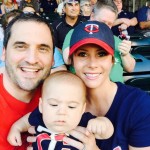 Steve Prohm’s wife Katie was one of the first people Steve Prohm thanked in his introductory press conference at Iowa State in 2015.  Katie became Katie Prohm on  June 1, 2013 when they were married in Paducah, Kansas.  The couple had their first child, Cass on March 11, 2015. Most coaches focus their social media on the more innocuous, boring, boiler plater messages. Steve Prohm ain’t most coaches, folks. His Twitter timeline is filled with personal anecdotes, and pictures of his family. The very proud father and wife isn’t shy about showing off the people he goes to work for every day and lets everyone into his world.

Back in 2012, we were very proud of our sleuthing.  There was almost no information at the time, but we tracked out the woman who later turned out to be Katie Prohm.  The couple had only been photographed together twice so far after Murray State games. The first time, the caption read something along the lines of “Steve Prohm is congratulated by Murray State fan Katie Ross.” The second photo, from March 5, 2012 shows Steve Prohm kissing someone (but her face is blocked), identified in the captions as “Steve Prohm’s Girlfriend Katie Ross”. So, one day she’s just a fan – and then the kiss happens and everything changes (and we get tips to look into her).   Marriage, kids… yup – everything changes.

A Katie Ross attended Murray High School in 2003 and ran track and field for them. Katie Ross also received her B.S. from Murray State University and now teaches 6th grade math and language arts at Calloway County Middle School. She also coaches the Middle School Track Team. We don’t know for sure that is her – though it would certainly seem plausible, especially given all the Murray, KY ties and the fact that her bio photo looks pretty much identical. You be the judge. 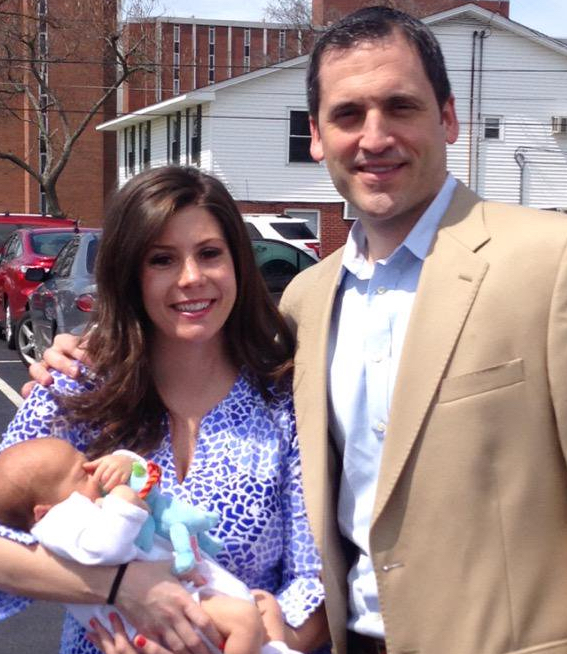