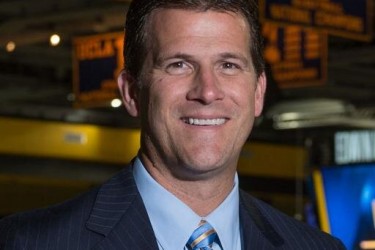 Just the other day I was thinking how weird and unlikely it must be to play for your dad on an NCAA basketball team, but I had forgotten about Steve Alford’s wife Tanya Alford and her two sons, Bryce and Kory. Both of these kids play for their dad on UCLA. They’re both good players too, which is also kind of a surprise. Just the other day one of them hit 9 three-pointers in a single game.

Steve Alford’s wife Tanya Alford was recently quoted in the New York Times: “Dealing with the ups and downs of this game is what we’re used to because basketball is part of our family’s DNA. But in all of our years, there’s been nothing like this. I just wish I could freeze time right now. I don’t want this to end.” You can understand her appreciation for the moment. Tanya is a rabid fan of the game, especially at this moment that two of her sons are in the NCAA tournament and doing fairly well with their father. She’s says that sh’es a master at changing the subject and knows how to keep the game of basketball fun. Tanya grew up in New Castle, Indiana and met Steve in 5th grade. They started dating as juniors in high school and that’s been it for them.

Part of Tanya’s approach of keeping it fun comes from the seriousness of being competitive about everything in the household. She’s explained that if you keep things fun, you won’t lose the love for the game. Part of her identity as a mother has been a cheerleader to her husband and to her sons. She told NYT about the Bruins, “All of this is like a dream come true. It’s wonderful, magical, all that. But I’m going to put this in my scrapbook and move on. We cannot rest on this. There’s more games to play.” I wonder if she’ll still be as big a UCLA fan when her sons leave the school? Cheering for actual players is more fun than just cheering on your husband’s team. 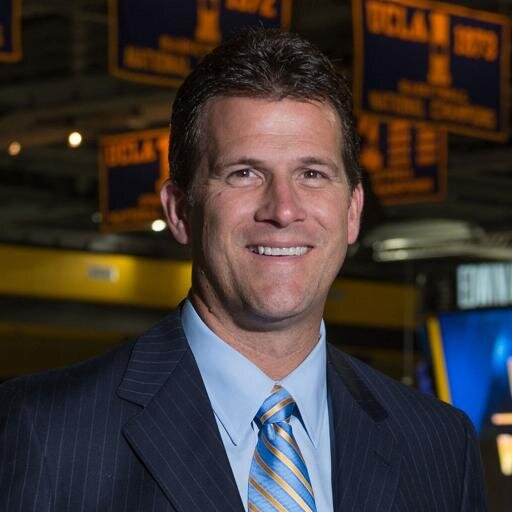