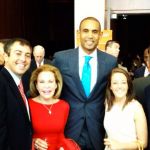 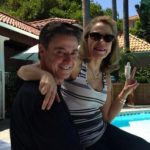 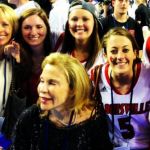 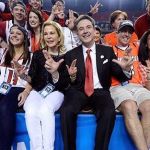 Rick Pitino’s wife Joanne Minardi has been through the ringer, thanks to her husband’s martial infidelity. Despite all of that, the couple remains married. Read on for the full story.

Fresh off back to back NCAA Championship appearances, Rick Pitino came to Boston in 1997. He was supposed to be the savior of the Celtics. Three plus years later, it’s basically an indisputable fact that he left things worse than when he got there.

With Boston in his dust, he moved on to Louisville and magically rediscovered his coaching ability (yes, we’re still bitter). Rick Pitino’s wife Joanne Minardi is actually responsible for the Louisville choice over Michigan. She opposed the move to Michigan, preferring instead to stay local to their Kentucky roots.

Anyway, things were going well for Pitino in Louisville until one fateful night in 2003.

While dinning at an Italian restaurant, a woman named Karen Wise approached Pitino. She innocently asked him to give her son some words of wisdom. Several hours and 15 seconds later (we’ll get to that), he had relations with her in said restaurant. Unfortunately for Rick, this isn’t where things ended. Shortly thereafter, Cunigan confronted him stating that she was pregnant. He gave her $3000 for an abortion/medical coverage, depending on who’s story you believe. This meeting occurred at the condo of his team’s strength coach, Tim Sypher. The plot thickens, as Sypher and Cunigan would later marry.

Flash forward to 2009, and (the now) Cunigan Sypher was indicted for extorting Pitino for a whooping $10 million. She claimed that Pitino raped her during their one night stand, after the extortion charges were filed. All the above details came out during the trial, as well as the following gem. While testifying under oath, Pitino claimed their “encounter” lasted “no more than 15 seconds”. I know you’re under oath, but in my book lying was worth the potential perjury charges here.

Following her conviction, Cunigan Sypher accused the judge, prosecutor, Pitino and her own attorney of conspiring to ensure she was guilty. And this is why you don’t sleep with crazy people. Obviously the night was just a huge mistake for Pitino, but then again he was the man who gave up on Chauncey Billups after only 51 games. Hey Rick, you’re dignity is not walking through that door.

Rick Pitino’s wife found it in her heart to forgive her husband for his infidelity and the couple remains married. Rick and Joanne married in 1976. The couple have 5 living children. They lost one son at 6 months due to congenital heart failure. In his memory, they established the Daniel Pitino Foundation to benefit underprivileged children 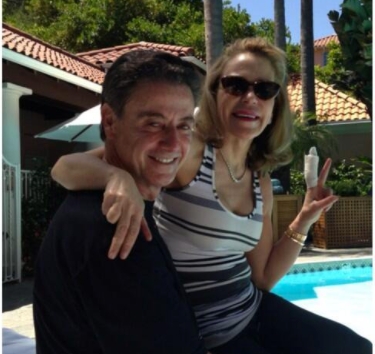