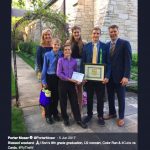 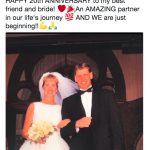 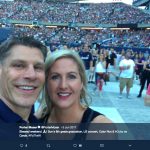 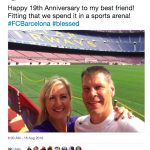 Porter Moser’s wife had better get used to the spotlight.  Of course, while the Missouri Valley Conference comes with it’s attention, it’s not quite like a Sweet 16 berth.  With that on the horizon, the spotlight shines infinitely brighter.  The big lights of the big stage burn hot.

Porter Moser’s wife: In it for the long haul

There are a lot of sterling accolades to levy on Porter Moser.  But, the one most people would put at the top of their list is that he’s a doting husband and loving father.  His Twitter feed is filled with fun family pictures, and more specifically loving anniversary reminders to his wife.  Honestly, Coach Moser reminds me that I should be better about remembering my anniversary.

HAPPY 20th ANNIVERSARY to my best friend and bride! ❤️?An AMAZING partner in our life's journey ? AND WE are just beginning!!?? pic.twitter.com/Xri98y6xk4

Porter Moser’s wife Megan Moser officially became his wife on August 16, 1997.  For their 19th anniversary, they spent time in Europe, taking in the sites at FC Barcelona’s stadium.  Since the nuptials, they now have four children together.  The four kids are Jordan, Jake, Ben, and Max, and often appear in dad’s Twitter feed.  The touching memento’s can happen anytime from a graduation, to an impromptu snowball  fight.  It looks like a family that gets along  A lot of people can take a lesson from that.

What was Rick Majerus saying about Porter Moser’s wife?

On my anniversary, I thought of this classic Coach Majerus quote from our SLU team banquet ??? pic.twitter.com/NmIZGabwJ7

One of the best parts of Porter, is his wife Megan.  If I was married to Megan, I would have won 3 National Championships by now.

OK, so on the surface it may be innocent enough.  Porter passes along his favorite quip from Rick Majerus at a St. Louis University event.  Coach Moser worked underneath Majerus for a couple seasons at SLU.  But, the quote leaves a little to the imagination.  If he’s trying to say what a remarkable woman Porter Moser’s wife is, that’s one thing.  But it certainly comes off oddly in print.  DAMN YOU LACK OF CONTEXT!  Porter Moser seems ok with it, so it certainly wasn’t offensive.  It definitely accomplishes one thing, and that’s highlighting how impressive Megan Moser is.  Let’s just hope she’s ready for the attention of the Sweet 16. 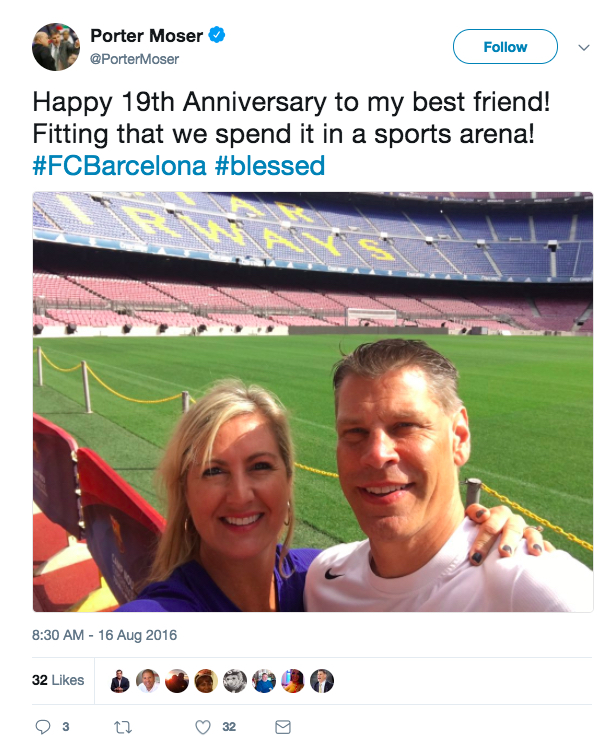