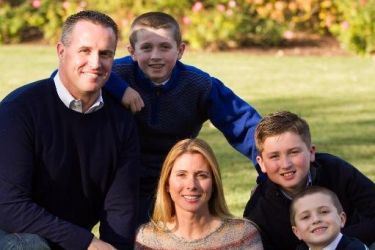 Pat Fitzgerald’s wife Stacy Fitzgerald is the mother of their three kids: Jack, Ryan, and Brendan. Pat has said the kids are “very fortunate to have her as a mother,” referring to the indomitable young Stacy. Back when Brendan was still a baby was the most work for the couple, particularly Stacy since she’d be the one who had to spend the whole day with the kids. Pat said they’d wake up twice a night, either to take care of the young one or for the second youngest, Ryan, to come and snuggle with his dad, whom he would rarely get to see.

Back in 2001, when the couple had first gotten married, both Stacy and Pat visited then head coach Randy Walker so Pat could essentially interview for the job as a secondary defensive coach. Pat Fitzgerald’s wife Stacy remembers how head coach Walker asked Pat where he envisioned himself in ten to fifteen years, and Pat told him he’d have to have his job. Apparently Randy really liked that answer. Those ambitions finally realized themselves after Randy Walker died in 2006. Pat became the youngest head coach in college football. As you might imagine, it was a bittersweet moment for the family, whom had come to be good friends with Randy and his wife.

Stacy goes to most games at home when she can persuade the sons to come along, and that’s not hard since they’re all Northwestern fans. It’d be a little odd if they liked some other college teams in the same conference more, but I’ve never seen that kind of rebel attitude in a coach’s family. It should also be noted that Stacy and Pat have been together since high school, and she got to watch the big fella’ as a linebacker during his college career. 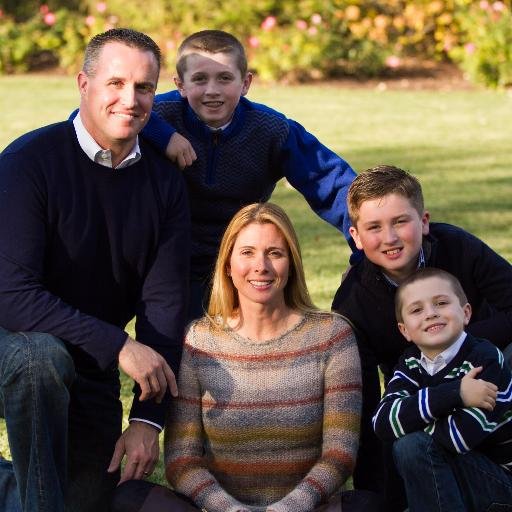