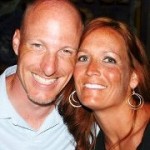 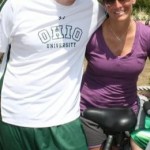 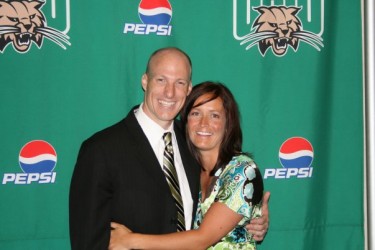 For a while I was wondering if we would find another wife/gf that was worthy of being with an NCAA tournament coach. I mean seriously some of these guys might want to consider trading in the ole ’78 Mustang for a newer model. Though we need to admit that after a lot of our research we’ve found a bunch of coaches have taken a ride in a new car, while leaving the Mustang in the garage at home.

However, we have finally come across Allison, wife of John Groce. Allison was in the class of 1998 at Indiana, so it’s likely that she’s still in her 30’s, so this might not be a total shock. Seriously though, I may edit my brackets so that Ohio makes a run and we might get some TV face time for Allison [side tangent: it must suck for anyone from Ohio University to always have to include the University part. I mean you can’t just say Ohio because people will assume Ohio State right? Glad everyone agrees with me, back to the subject at hand]. I think we also need to love a wife that has her own twitter account, @jgwifey (but don’t even bother, the account is locked). I wouldn’t be shocked if John brings the wife along when he tries to lock down a recruit, because she’s one heck of a selling point especially in comparison to some of the other coaches wives.

John and Allison have two sons, Conner and Camden. 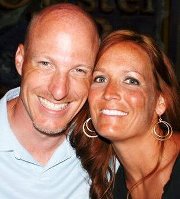