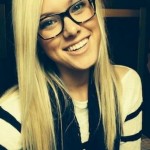 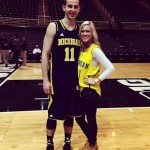 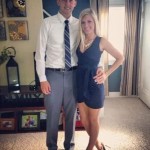 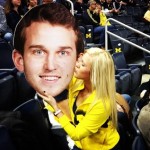 The Michigan-Ohio State rivalry is intense. Even the players’ girlfriends join in from time to time. Nik Stauskas’ girlfriend Taylor Anderson took a stab at it recently and made headline.

The Toledo freshman is a huge Wolverine’s fan. She cheered them on as they took down the Buckeyes in the Big Ten tournament semifinals on March 15th. Considering Aarron Craft missed the potential game-tying three-pointer at the end of the game, it’s obvious the Wolverines had bragging rights. But Taylor Anderson took it that one step further. Taylor Anderson, who has a pretty solid Instagram, posted a Photoshopped picture of her boyfriend eating “Aaron Craft” mac and cheese.

The day after posting the photo, Taylor Anderson tweeted, “People are taking this craft Mac picture waaaaay too seriously. Jeeeeze.” To Taylor Anderson’t defense, rivalries are meant to be intense. But, boy, when Taylor Anderson rubs it in she rubs it pretty deep. Still it’s a creative jab and when Aaron Craft saw the picture hopefully he was laughing somewhere deep inside himself.
Nik Stauskas, on the other hand, has been focused on his game. Now in his second season with the Wolverines, he is averaging around 17 points per game so far. And with the way things have gone this season, there’s a good chance Michigan has what it takes to make another strong run in this year’s tournament and you can expect the lovely Taylor Anderson will be in the stands cheering Nik Stauskas on. 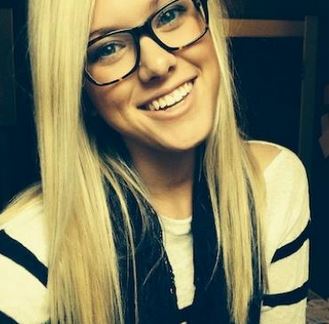