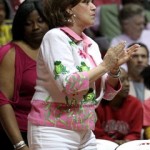 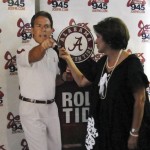 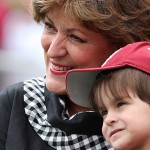 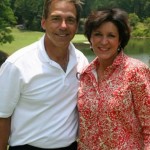 Nick Saban’s wife Terry Saban wanted Jake Coker to be the starting QB for the Alabama football program a few years back. Turns out that she was right.  Alabama defeated Clemson in large part due to Coker’s contributions to the team. Nick Saban’s wife must have more input than we imagined.  And, we’re guessing more than most of our readers do, saying:

I get Miss Terry’s opinion on a lot of things. I certainly respect her opinion in every regard.

Nick Saban’s wife Terry Saban entered the picture almost 50 years ago.  They were married on December 18, 1971.  Think about that.   When Saban and Alabama are surely fighting for another national title in three seasons, they’ll be hitting FIFTY years together.  Amazing.  Both Nick and Terry (maiden name Terry Constable) are natives of West Virginia.  Their West Virginia roots also carry working class backgrounds. They have two sons together, Nicholas and Kristen.

The couple founded a charity called “Nick’s Kids Fund,” which they began while at Michigan State and continued at all his various coaching stops. Their mission statement is as follows:
To work together in the spirit of faith and giving in our community.
To promote and support children, family, teacher, and student causes.
It’s All About the Kids!

We’ve got to give it up to Larry Burton who writes for Bleacher Report. In an article from October, 2009, Burton writes a brilliant observation about the visible bond between Nick and Terry in a far better narrative than we could ever come up with:

Looking around at the beginning of the press conference, I noticed Terry Saban watching her husband start his talk to the assembled media and the look on her face was instantly recognizable to an old romantic. She was smiling at him with that look of a girl who was going home with the hero of the moment, not just Alabama’s hero, but her hero. She was as happy and excited with the win as any of us in the room, but there was so much more. She was enjoying sharing this moment with him. 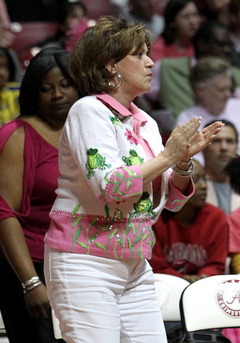