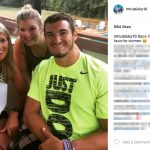 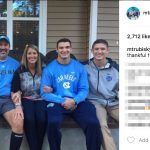 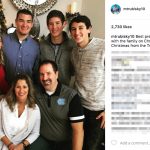 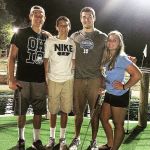 So then what the hell are you going to talk about for 400 words?

Well then folks, let’s talk about Mitchell Trubisky’s sister and parents make up a good chunk of his family support structure. And let’s address this here. Mitchell Trubisky’s sister is not in fact Mitch Trubisky’s girlfriend. That structure includes his parents, Dave and Jeanne, his brothers Mason and Manning, and his sister Mariah. Their names all start with an “M,” in case you missed that. To begin with, Mariah attends Ohio State University. The whole family hails from Cleveland so that makes perfect sense. Mitch himself stated he really wants the Cleveland Browns to select him. That way, he can be close to his hometown and play for his favorite NFL team. That’d be the dream scenario.

Look, we have no idea who Mitchell Trubisky’s girlfriend is. He might date someone. He might not date someone. Whatever the case, he doesn’t post anything on social media because he is far too focused on his killer football career. That’s a smart move, Mitchy boy! So we’ll tell you a bit more about Mitch Trubisky’s sister. She is very close to him and attends a lot of his games when she can. Keep in mind she is a student at OSU, but she still somehow found the time to travel to Chapel Hill and visit with their brothers. You best believe their parents get out there to see games as well!

Mitch said the best present at Christmas was simply to travel home and be with everybody. I’m sure Mitchell Trubisky’s girlfriend in the future will love these family values. Who doesn’t appreciate a family man? Mitch calls his mother and sister his “favorite women” because he’s so close to them. In July of 2015, Mariah and Jeanne visited him at school to check up on him. He told them it meant the world to him even though he didn’t get a lot of time off. What a sweet kid! Mitch Trubisky’s sister appears to be a very well-adjusted lady herself. She loves to show support for him! 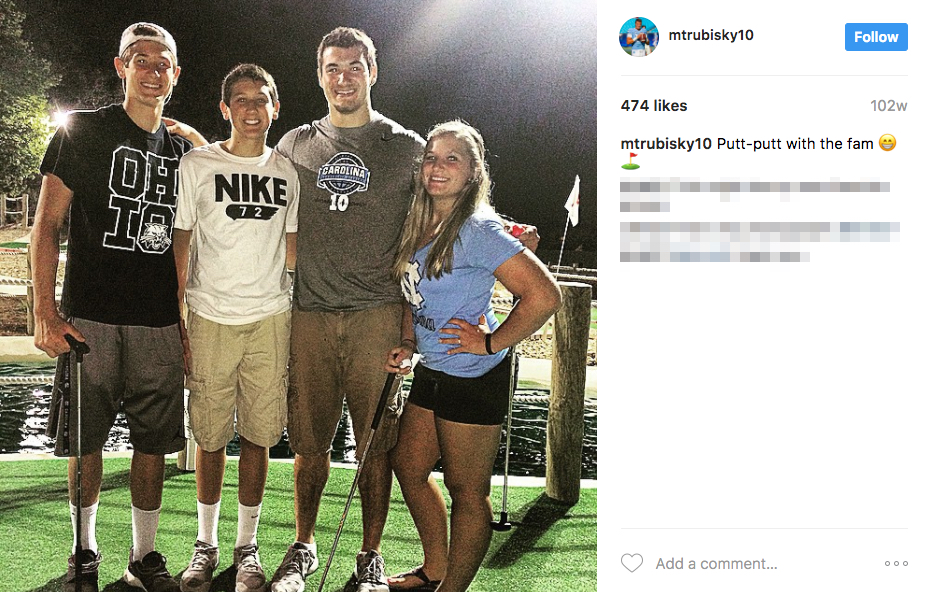