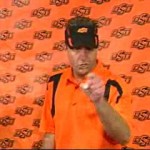 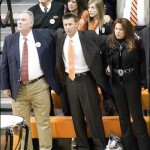 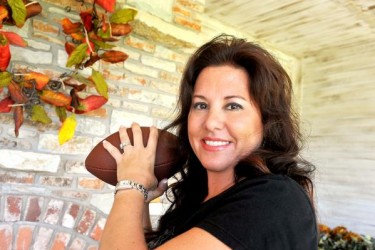 Before becoming the head coach at OK State, Mike Gundy married longtime girlfriend and fellow OKState alum, Kristen. Mike and Kristen Gundy have known one another since the sixth grade while growing up in a small Midwest town. The couple has three children together, sons, Gavin, Gunnar and Gage.

We could discuss the Gundy’s charitable work in the community, but we seem to cover that type story a lot on here. When there’s not much else here to talk about, we’d rather send the coolest story.

The real dirt on this couple is a lawsuit that was filled by a carpenter in 2011. Apparently there is a dress code when doing construction at the Gundy household. After a verbal agreement to do some work on the Gundy mansion a construction worker showed up at the house with a Oklahoma shirt. Now they don’t call the football game between OK State and OK Bedlam for nothing. Apparently the Bedlam series doesn’t stop on the field, as the construction worked was fired for his wardrobe worn to the job site. He has filed suit against the Gundy’s for breach of contract, and is seeking unspecified damages.
I really hope he screamed “I’m a man,” as he walked off the jobsite. 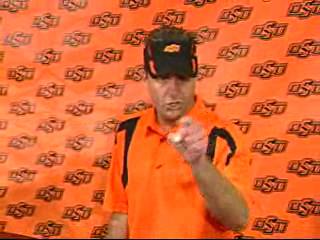