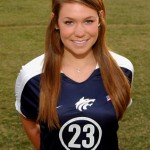 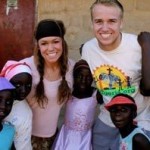 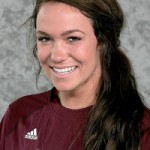 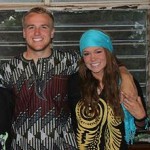 UPDATE: 07/08/2013: Let’s change Langdon’s title once again, and give her proper billing as Matt Barkley’s wife Brittany Langdon. The couple was married on July 6, 2013, in one of the most popular athlete wedding weekends we’ve ever seen. Barkley was wont to brag of the wedding day on Twitter, and despite maintaining an otherwise low profile, he’s not too shy on revealing details of their relationship (and by details, we mean things like “Hey, I’m married.”) Congrats to the newlyweds.

04/12/2013: News has started trickling today that USC QB Matt Barkley is engaged to Brittany Langon. The couple has been together for most of their formative years, and it only makes sense for the engagement to happen now as they’re about to embark on the next phase of their life with Matt NFL bound. The couple is set to be married on July 6 in Newport Beach, CA and are registered at Bloomingdale’s and Pottery Barn. You USC fans should go hook him up…

02/14/2012: Happy Valentine’s Day from Matt Barkley, who was so generous to his Twitter followers, that he shared an image of Brittany looking like more of a smokeshow than ever in a skin tight pink dress. On behalf of everyone at PlayerWives,… thank you Matt.


Matt Barkley’s girlfriend Brittany Langdon is an athlete in her own right. Brittany is a junior at Seattle Pacific University where she plays for the women’s soccer team and was an all-conference midfielder last season. one could surmise that she dealt with injuries this season as she started only 7 games of the 16 she played, of the teams overall 20 games.
Matt and Brittany met when they were five years old and began dating at 16. Their families are close, and their sisters consider one another best friends.

Early in 2011, and over their respective Christmas breaks from school, Matt and Brittany traveled to Nigeria at the invitation of the group, Go Nigeria. While there, the couple, alongside friends and Matt’s family, built houses, distributed over 1,200 pounds of food and hygeine packs, met and played soccer and football with children and orphans, and also brought Christmas gifts to some individuals in the various locales they visited.\ Matt calls the expeirence life changing,:
“The perspective we have now after being over there and witnessing everything we did, it changed us so much. I get to play football, this game I love and dreamed of playing, and it really is something I haven’t taken for granted since I got back.” 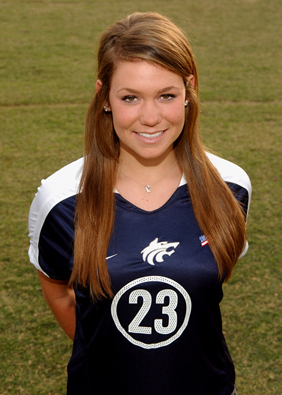