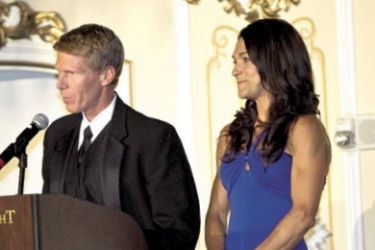 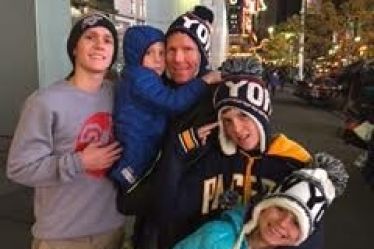 The Few’s kept the wedding officiant decision in the family

The Reverend that married them was Mark’s father, Norm Few. They’ve since had four children since the first was born in 2000.  The kids are AJ, Joseph, Julia, and Colt. Being a coach’s wife is tough business. Mark has frequently had them traveling with him, and taking care of four kids all by yourself in a hotel while your husband is off coaching can get very taxing. Mark was quoted once about leaving Marcy to deal with “a revolt” in a hotel room while he went off to coach. Kids in hotels are a tough combo for a mom. She was also pregnant with her fourth kid at that time. Even more fun!

Mark Few’s wife was once Marcy Laca, and she is apparently of Basque descent, which I think is pretty cool. You don’t meet a lot of Basques. I’ve met only one in my entire life. Mark met her in the early 90’s when her job was monitoring the entrance to Gonzaga’s gym. I bet you Marcy sometimes wishes she could trade in her job of being a mother of four for that job. The couple have essentially spent their entire lives in Spokane.   That’s fairly rare for a college basketball coach. The family often goes wherever the job may be.   Mark was an assistant at Gonzaga when he met Marcy. Mark was being groomed to become the head honcho, which sure enough came to be.

The couple is well known for their charity and community work. They frequently attend these kinds of things. They have an annual Coaches Vs. Cancer event that they run every year.  In prior years, comedian Jim Gaffigan has performed at the event.  Furthermore, it’s just the kind of thing a good community coach and wife excels at hosting.  The Few’s will carry on their legacy with the Gonzaga crowd. It was already solid.  But, it’s amazing what a Final Four appearance does for a guys career. 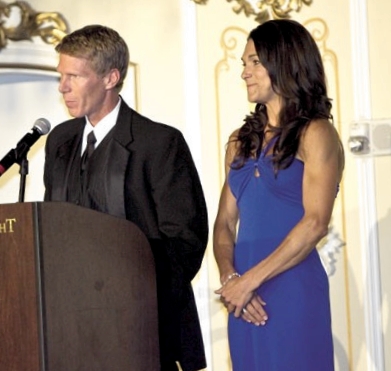