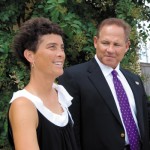 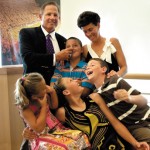 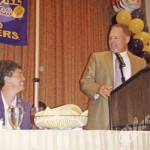 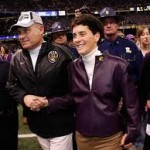 Les Miles wife Kathy Miles was a point guard at Central Michigan before going on to work as an assistant coach at Michigan. Kathy actually still ranks on the leaderboards there in both free throw percentage and assists. Kathy actually had dreams of becoming a basketball coach someday, which never panned out.

It was during her tenure at the University of Michigan that she met another assistant coach at the school, Les. The two avoided a relationship while working together before eventually giving it a shot. Kathy was actually late to their first date and Les thought that he had been stood up. She eventually showed up and the pair found out that they had more in common than they previously thought. Les and Kathy Miles were married in 1993.

Now that they are married, Les is a self-proclaimed family man:

I do few things, and I enjoy them greatly. I chase my kids around. I hang with my wife. And I coach college football.

The couple have four children together: daughters Kathryn and Macy, and sons Manny and Ben. Oldest daughter Kathryn, who according to Les’ bio goes by “Smacker,” is one of the nations top junior swimmers. Manny Miles is a quarterback at the University of North Carolina, while the younger Ben is also a football player in high school.

Les Miles’ wife Kathy is very active in the charity scene as well. Aside from being involved with the Special Olypics, the couple hosts an annual function for the Children’s Miracle Network. 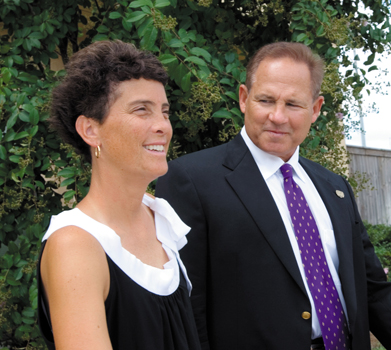