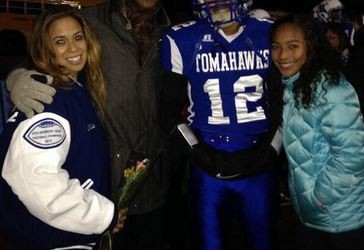 While the UConn Men’s basketball team was destroying brackets, we figured it was high time to find out more about Kevin Ollie’s wife Stephanie Ollie.

After Kevin Ollie spent more than a decade travelling the NBA circuit, he came home to his college roots in Connecticut taking over for the legendary Jim Calhoun. Fortunately coming home to UConn was an easy transition for the family. Kevin and Stephanie Ollie had a home in Glastonbury, CT for the past nine years, despite Kevin travelling for the majority of that time. Kevin and Stephanie met at UConn in 1995 before he left for the NBA and she graduated in 1997. She currently works as a cardiac unit nurse at a Hartford area hospital.

Despite the travelling professional career, the couple stayed in Connecticut for the benefit of their two children (older son Jaden, and daughter Cheyanne) could maintain a normalcy to their schooling.

The family’s dedication to UConn, and more importantly UConn basketball is a strong connection. The family recently wrote a check for $100,000 to aid in funding the UConn Basketball Development Center. The center is expected to cost $38 million in total, raising nearly $24 million to date in donations and pledges, including the Ollie’s. Kevin Ollie addressed the donation, saying:

“I thought it was very important to show my commitment to the UConn Basketball Development Center. I have had the incredible opportunity to be a member of the Husky family, and that experience has influenced every part of my life. I want to be an example for all former UConn basketball student-athletes, who have had the privilege of playing for two Hall of Fame coaches, to join me in supporting this facility. It will help ensure the long-term success of the programs that all of us helped establish.”

As a 7 seed that’s just punched a ticket to the Final Four, Kevin Ollie has just inserted him into the proud history of Husky basketball family he clearly cherishes. The Huskies head to Dallas next weekend for a one in four shot at a national title. 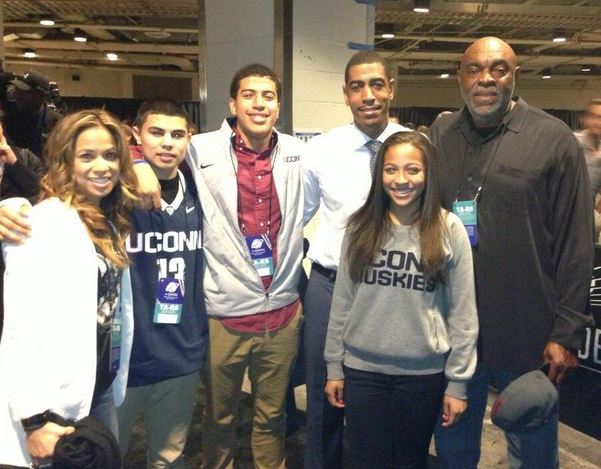