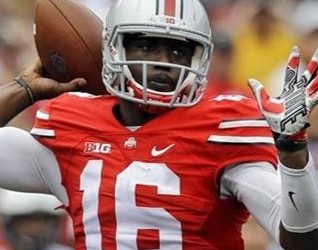 JT Barrett’s girlfriend Alexandria Barrett-Clark was reportedly assaulted by the Ohio State quarterback on Tuesday morning. The police were called by Alexandria after she says JT choked her and held her down with his forearm to her neck, taking her phone away.

The incident started when JT asked Alexandria (who, by the way, is not related to JT) to leave his apartment. She said she would leave in the morning. JT insisted, and Alexandria pushed him away. JT claims he pushed her back in self-defense in order to keep her from pushing him. Then, he attempted to restrain her on the bed by holding her down with his forearm. These types of situations are nearly impossible to get to the bottom of because “restraining” someone can get out of hand without the restrainer wanting it to. It’s possible JT really was just trying to hold her back so she wouldn’t attack him. It’s also possible that he attacked her or was far too forceful. Either way, the couple is clearly not doing so well if they’re getting into physical altercations. It also sounds like JT Barrett’s girlfriend Alexandria should find another boyfriend, as this one wouldn’t let her stay over.

According to the police, no charges were filed. JT is only a freshman, and he is expected to try to become the starting quarterback at Ohio State against other potentials like Cardale Jones and Braxton Miller. As it stands, this incident will not help his standing with the team. The NCAA is extremely wary over this kind of thing. Domestic disputes rarely end well if they’re blown up in the media, and bad attention like this can not be received well. Football and these types of disturbances have taken so much heat recently that everyone involved in the game wants to steer clear of the toxicity. 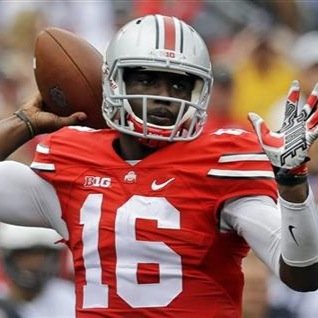