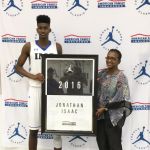 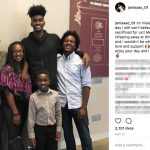 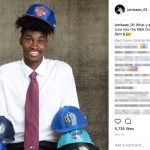 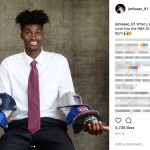 Jonathan Isaac’s mother Jackie is the matriarch of the family for sure. Even though Jonathan Isaac’s girlfriend is unknown at present time, there’s plenty for him to be proud of. Jackie raised six kids and decided The Bronx didn’t suit a family. According to USA Today, she decided to move the family to Naples, Florida when Jonathan was ten years old. Jon and his brother Jacob maintained a close bond centered around basketball. They played each other consistently and competitively in Florida since basketball turned out to be an ideal way to spend time outside school. In this way, Jonathan honed his skills.

Jonathan experienced a growth spurt shortly after the move to Florida, and he worked hard on his handle of the ball. These days, a player increases their value a lot if they can handle the ball with a tall frame. Since Jonathan Isaac’s girlfriend is nowhere in the picture, Jonathan Isaac’s mother gives him all the support he needs. He calls her “Noles” and constantly makes mention of her tireless commitment to him and his siblings. Unlike the Ball brothers, Jonathan also attended an extra year of high school. He first attended school in Hollywood, Florida and then enrolled for one year at IMG Academy.

Now that he will enter the draft after a year at Florida State University, Jonathan Isaac’s girlfriend can come from anywhere. If, for example, the Minnesota Timberwolves pick him, it’s ideal to meet a girl from Minneapolis. Jonathan Isaac’s mother will attend the draft, and she will look on anxiously while they wait for the pick because nobody knows what number he will go. Jonathan talked about how blessed he was to have his mother attend the Jordan Brand Classic. Since she traveled to that tournament, there is no way she will miss the actual draft. The green room awaits! 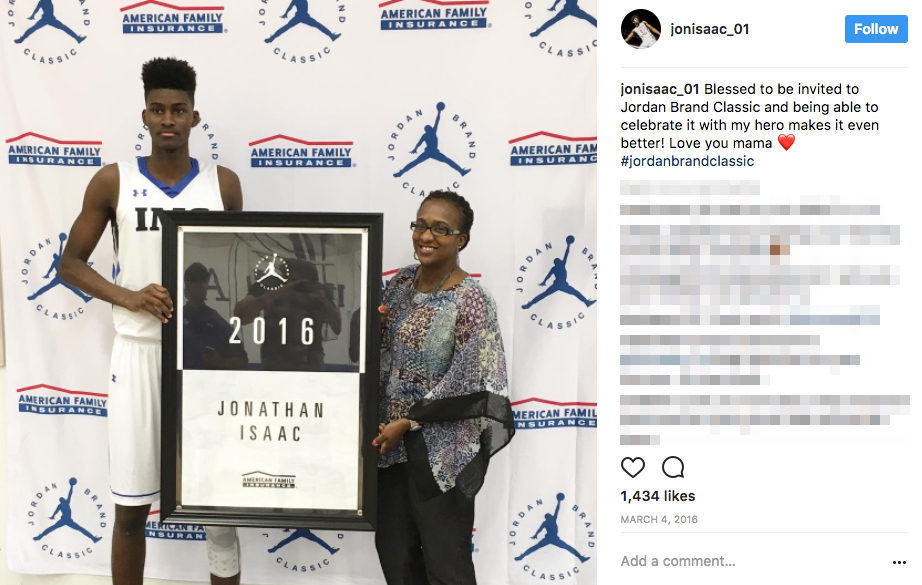