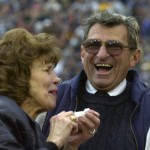 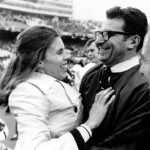 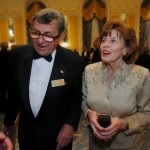 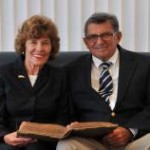 Joe Paterno met Sue at the Penn State library while he was an assistant football coach, and she was a freshman in Happy Valley. Joe Paterno married Sue Paterno in 1962, the year she graduated from Penn State. The couple has five children together, and seventeen grandchildren. One of their children, Jay Paterno, has served as an assistant coach for JoePa’s Penn State Nittany Lions football squad since 1995.

In an interview with The Patriot-News, Sue described what it was like raising five kids with a football coach:
Joe never went to training table. He came home every night for dinner. We didn’t eat till 8:15 p.m. some nights, but that was OK. I just gave the kids a snack earlier, and they ate in their pajamas. That was their time with him.
Sue Paterno has played a major part int he community since their marriage. The couple has contributed over $4MM to charities through the years. Sue has been honored by having a student center named after her at State College, by the Catholic Diocese.
Many of Joe’s players are tutored by Sue who at one point taught English at a local high school. Former player Troy Drayton called her his inspiration and mentor during his time at State. We could continue this list endlessly, but rest assured, Sue Paterno is an amazing force in the community.

JoePa’s rolled up pants came from Sue. In order to prevent him from getting mud on his wool slacks, Sue insisted he began rolling them up, which has carried on today as a superstition. 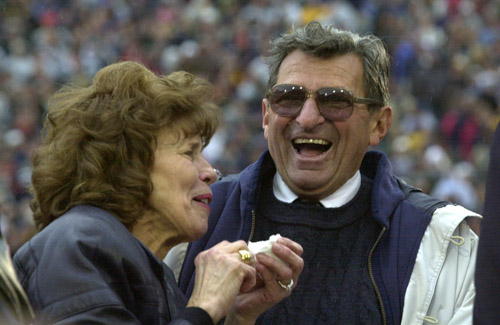