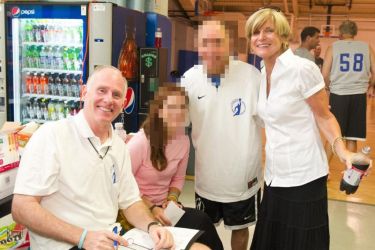 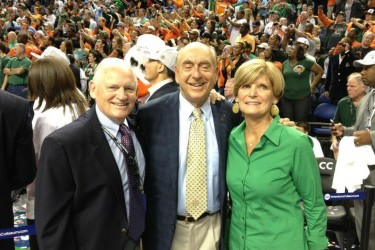 Jim Larranaga’s wife Liz Larranaga is the mother of their two fully grown sons, Jay and Jon.   Jon’s just a normal fella’ making a living and raising kids of his own. Jay is actually an assistant coach for the Boston Celtics.  Back when Jim was the head coach for Bowling Green, he used to take his whole team to Outback Steakhouse for dinner the night before a big game day. His wife would also come along and sort of just hang out with the team. Apparently she would usually just order a salad, but in the article depicting the night before their big game against Florida in the 2006 Final Four, she saw that a bunch of the players had ordered lobster tails and asked Jim if it would be alright if she got one too. Jim made a smart-alecky remark about Liz enjoying being on scholarship, and Liz fired back that she deserved it since she’d been “a walk-on for thirty-five years.” Gotta’ love a quick-witted comeback.

Jim first met Liz in their neighborhood in The Bronx. This was way back in the early 1960’s, and Jim Larranaga’s wife used to attend these community dances at The Bronx Irish Center. He asked her to dance, and she liked his moves. They saw each other a few more times, and Jim asked her out. They dated until Jim started attending Providence College. Liz was poor and didn’t have the money to attend college so instead began working at the NYC Department of Relocation. It sounds like a pretty crummy job, but at least she was able to find work. Two years later, Jim and Liz reconnected at another dance, and after that they committed to a long-distance relationship.

A little while later, Jim Larranaga’s wife married him in 1971. They moved to North Carolina so Jim could start his coaching career as an assistant coach at Davidson College. Since that time, they’ve moved a whole bunch of times. Liz has explained that upon marriage, she realized exactly what kind of life they’d be living: a basketball-centric one. I’d say his relocations are about par for the course when it comes to NCAA coaches. The guy’s got a career record of 588-390 so he certainly qualifies as one of the top coaches. 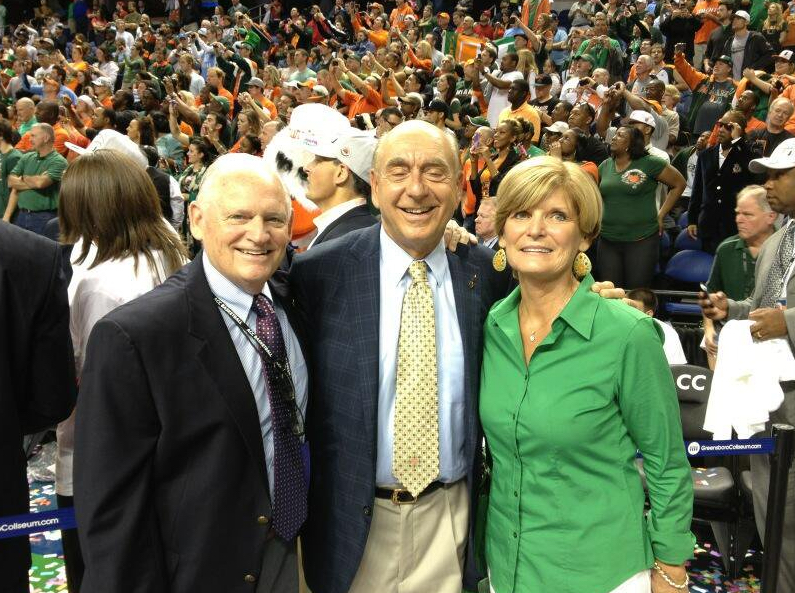