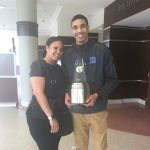 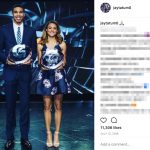 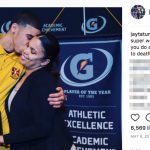 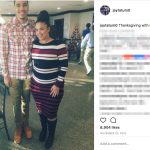 Okay, so we at first, we didn’t know who Jayson Tatum’s girlfriend is. But, we later found her.  But, Jayson Tatum’s mother Brandy Cole will always be the first woman in his life.  And, she  played an instrumental role in his fate.

As a Celtics fan, we say Thank you to Jayson Tatum’s Mother

Hey, he does too!  On many occasions, at least on social media, he thanks her for everything she did. Now that he knows he will play in the NBA, he gives full credit to her for raising him and making him into a strong young man. She even tracked his growth over the years, according to STL Curator, a St. Louis press company. Apparently he grew six inches between 8th and 9th grade. That is an intense growth spurt! Did Brandy feed him super food? If you grow six inches in a  year, you will definitely feel it in your bones and muscles.

For a brief moment, I thought Jayson Tatum’s girlfriend could be Sydney McLaughlin. The reason is because he appeared in a picture with her accepting an award. However, the picture captured a Gatorade Award they both received, and as far as I can tell they are not together. The award they both received was the Gatorade Athlete of the Year Award. Again, he immediately kissed his mother after he received the award. Jayson then thanked her and wished her a happy Mother’s Day.

But what about Jayson Tatum’s dad?

I should also note that Jayson Tatum’s mother is not the only person who played an integral role in his development. His father Justin Tatum also coached him in high school. He certainly applied pressure to his son to succeed and rise above the competition. This aspect of the relationship seems to be what made him so competitive. Justin Tatum is best friends with former NBA player Larry Hughes. Jayson Tatum’s girlfriend status seems not to matter much to him because his family remains at the center of his life. He loves his sister, Kayden, dearly. 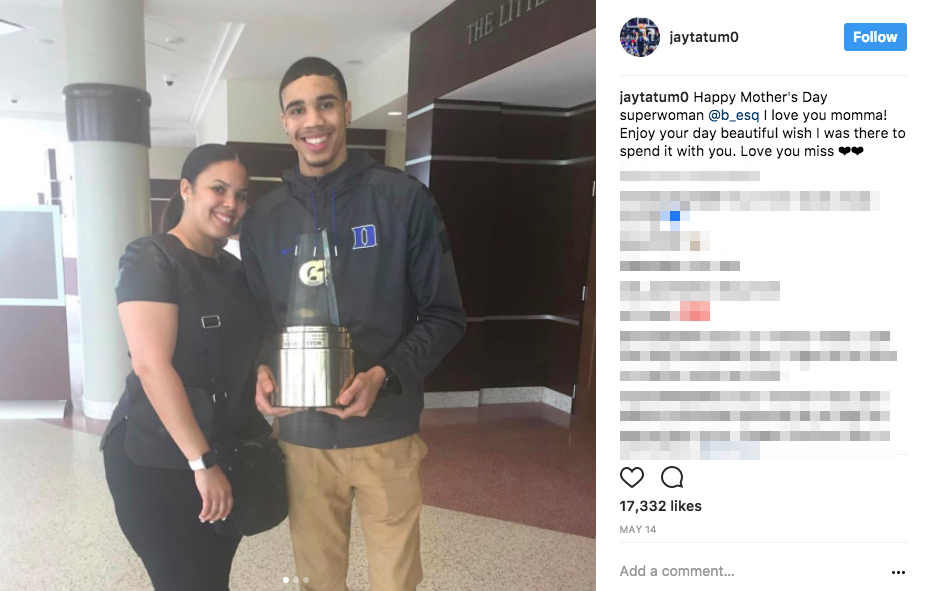