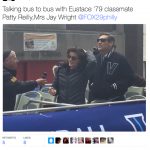 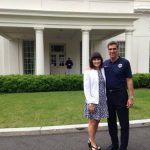 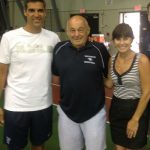 Jay Wright’s wife Patty Wright feels right at home on the Villanova campus. After all, ‘Nova is her alma mater. Patricia Wright (formerly Reilly) is a Villanova graduate of the class of 1983.

Jay Wright’s Wife Patricia Wright: The matriarch to a family of five.

Patty Wright is the mother of Jay Wright’s children.  Sons, Taylor (24) and Colin (23) and daughter Reilly (18).  Patty was a cheerleader for Villanova when the couple was dating. The Doylestown, Pennsylvania native made Dean’s List in the fall of 2012 and graduated with a BA in Communications.

Wright received the call from Villanova’s athletic director on a Saturday morning, a day before he was scheduled to visit Piscataway, N.J. to lock up a deal with the Scarlet Knights. It seems the couple’s decision to make the move to Villanova was a no-brainer. “I took it on the spot,” Wright told mainlinetoday.com. “I grew up here; Patty grew up in South Jersey. It’s Villanova.”

Pennsylvania has been a terrific place for the couple to raise a family. All three children are bright athletes. The oldest, Taylor, was a three-sport athlete at Episcopal Academy, playing forward for the basketball team for three years and quarterback in football for three, while pitching and playing middle infield for four years. He now plays baseball at Brown University. And in 2013, Taylor Wright made fourteen appearances out of the bullpen as a sophomore and recorded sixteen innings of work.

But what we really want to know about the Wright family is who picks out Jay Wright’s clothes? Jay Wright’s wife holds an inactive license to practice law in the state of Pennsylvania.  She apparently gives more than legal advice. And the best dressed man in college basketball was not always so well dressed. Fans can thank Patty Wright in part for this; both for allowing Jay Wright to have two closets in their bedroom and for rolling her eyes at him when the dapper and debonair Jay Wright doesn’t dress up to par.

Villanova rolled out a new  of prestige in 2017, and awarded it to none other than Jay and Patty Wright.   According to Villanova.com, the Saint Augustine Medal is described as

Congratulations to the entire Wright family! 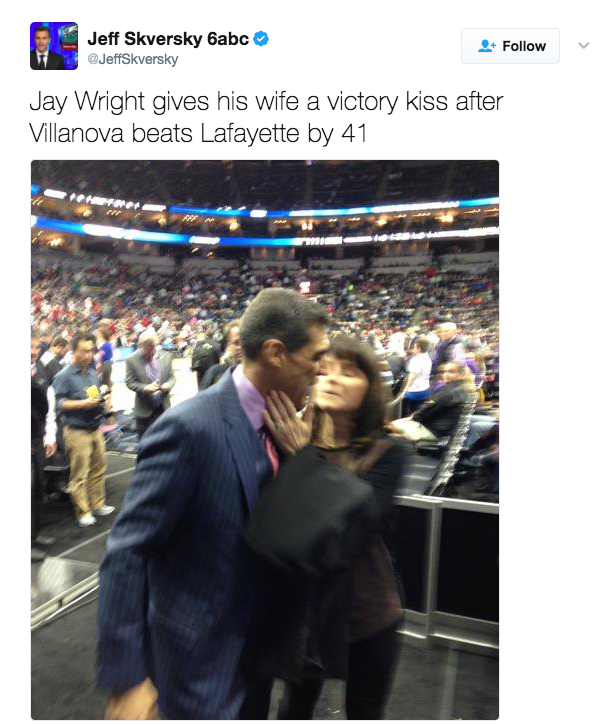