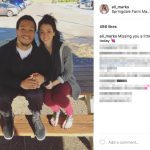 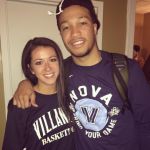 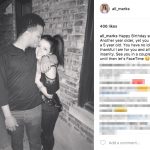 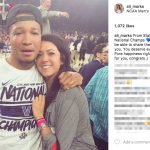 But wait, let’s clarify that.  Ali Marks at least goes to a rival at the University of Illinois at Urbana Champaign.  Is Illinois a rival of Villanova?  It’s not, but for the sake of the lede, let’s pretend it is.  Ali is a typical college kid, in the class of 2018.  Jalen Brunson’s girlfriend is also a Tri-Delta sorority sister.  It looks like Jalen Brunson’s girlfriend has been in the picture for almost four years, since he noted “October 27, 2013,” in an Instagram post.   This would put the pair together since high school.  And being together since high school certainly explains attending “rival” schools.  (OK, fine. Yes, I fully acknowledge they’re not rivals.)

The flirtation and messaging between Jalen and Ali is heavy handed on social media.  The two very clearly stake their claim to one another, and justifiably so.  They’ve got a good thing going.  But, they are not afraid for the whole world to see it.  A typical exchange between the two:

Now Jalen does take this one with a grain of salt, noting that he’s never looked worse in a picture.  Dude, you just won an NCAA title.  It’s ok to look a little ragged.

But back on topic.  Ali Marks is impressive for a college junior.  A charitable sort, she was proudly part of a campaign to raise money for St. Jude’s in 2016.  The Tri Delta sorority set a goal of $63,000 as a chapter.  This is part of the larger national goal to raise $60 million in 10 years to help short term housing.  Impressive efforts across the board.

Jalen Brunson goes for his second consecutive title starting this weekend.  And, as the games get more and more coverage, don’t be surprised to see Ali Marks grace our screens.  We’ll be watching. 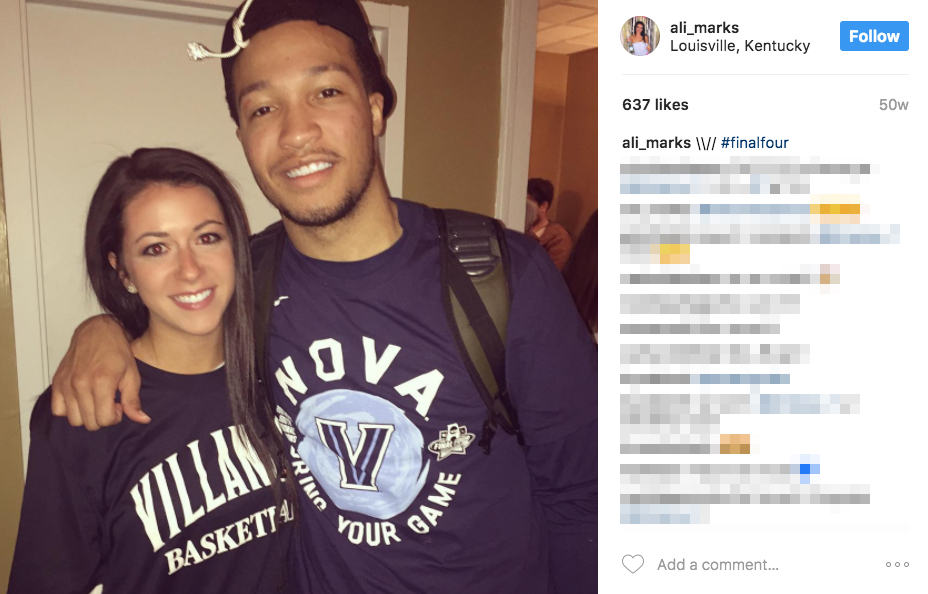