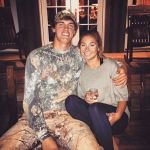 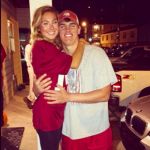 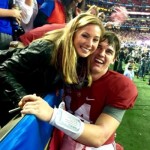 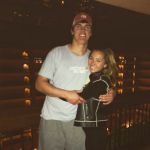 Jake Coker’s girlfriend Sarah Jeffries recently passed along the message that he does not have a Twitter or Instagram account. According to her, he wanted that message relayed by her. There’s got to be a pretty decent demand from female fans to check him out and maybe give him some encouragement on social media, but he’s opted out. The biggest reason he had her pass that message along was because people had been making fake accounts of him. Jake and Sarah have been dating for a long time by sports standards, and from what I can tell they’ve known each other for at least three years. He’s been featured in a few of her Vines from a few years back, though they’re always consistently incomprehensible.

Sarah, like Jake, is a student at the University of Alabama. I haven’t confirmed what year she is, but I’m 95% she’s a senior since she just celebrated her 21st birthday a few weeks ago. One gets the sense that Jake Coker’s girlfriend would follow him to the ends of the earth and do anything for him. She’s certainly an upbeat girl, and she shows nothing but undying enthusiasm and unending support for her stud quarterback. Sarah has said the past three years with him have been the best three years of her life. She considers herself really lucky to be by his side and witness all the success he’s had. Man oh man, it’s hard not to be jealous of young, handsome, successful college quarterbacks. Nice work, Mr. Coker.

When they’ve got free time, the very Southern Jake and his lovely lady will go hunting vacationing. They’ve taken trips to Mount Willing for both fishing and hunting, and when they want to hit the beach they’ll go to Orange Beach. Hunting deer and doves is very much in their wheelhouse, though Yankees such as myself are majorly conflicted about a group of people going out and shooting 110 doves. It does look fun, but I think my conscience would prevent me from blasting so many. Since Jake Coker’s girlfriend will likely follow him to whatever city he’s drafted to, there’ll be less time for massacres of flocks of doves…

You have always told me I can accomplish any dream of mine if I want it bad enough, and last night it was your time to finally live your dream and YOU GOT IT!! There have been lots of highs and lows to get here and it was not easy most days but YOU DID IT JAKE!!! It’s really hard to put into words how happy and proud of you I am and it still feels surreal. No better way to end your college football career than the way you did last night!! You told me from the start that this was one special team and now we are National Champions!!!! Told myself I wouldn’t ever post something like this but this time I couldn’t help but brag on you just a little because you deserve it!! I love you more than words can say and I’m just so happy for you!! YOU DID IT!!!!!!! 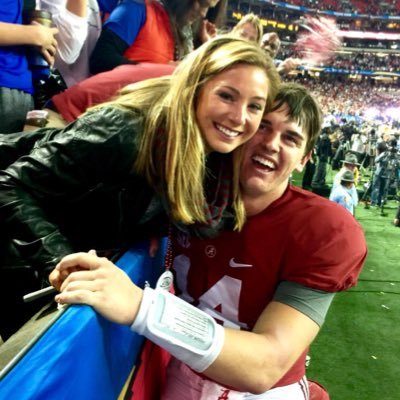