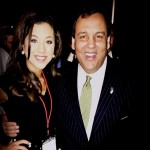 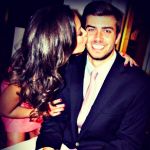 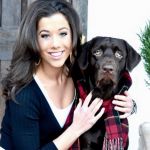 Greyson Lambert’s girlfriend Adeline Kenerly took over the crown of Miss Georgia during the halftime ceremony of the Alabama versus Georgia game. I guess it’s a big deal, right? I mean, she’s one killer baton-twirler. On her personal website, she lists her passions as “leadership, academics, baton twirling…” That kind of makes me chuckle a little, but she’s got the right idea. She does seem like a sweet girl. At the end of her list of passions she includes “improving self-esteem in America’s youth,” but just remember that she’s way more passionate about baton twirling, people. Let’s get our passions ordered properly.

Adeline is in a sorority called Zeta Tau Alpha. I’m not sure what the significance to the greek letters is, but whenever you run across a girl from a sorority, you can bet top dollar that a significant portion of her life was spent devoting herself to her friends and activities in that sorority. With Greyson Lambert’s girlfriend Adeline, this is also true, but since she’s Miss Georgia, she’s got a lot more than that going on in her life. Another aspect of her day-to-day adventures is her dog Knox, a chocolate labrador whom Adeline includes in about half of the pictures she shares online. She clearly loves this dog.

Let’s see, what else are these two youngsters up to? Well, since Greyson Lambert’s girlfriend Adeline is in the Grady College of Journalism, she takes outings to stuff like movie premieres to “report.” She visited a movie theater in her home town of Athens, Georgia to go see “Fifty Shades of Grey” when it came out this year, and I’m sure it was a spellbinding news report. She also met Governor Christie from New Jersey a few months back. She said she enjoyed hanging out with him and hearing his ideas for the future of the nation. He enjoyed having his arm around Adeline.