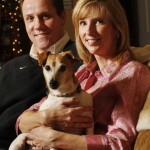 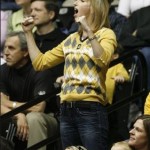 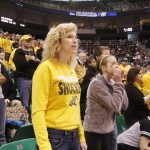 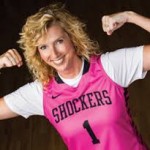 Gregg Marshall is arguably the best college coach in America, and one of the few coaches in the profession who can do it all: recruit, coach, communicate with the media and build relationships in the community. But Greg Marshall’s wife Lynn Marshall fills one critical role Gregg Marshall never could: Mothering the entire Wichita State basketball team.

Lynn Marshall sure looks good for having so many ‘children’. She’s tall and thin, with curly blonde hair. She’s usually sitting front row at the Shocker games screaming, jumping and clapping as loud as her husband. In fact, Lynn Marshall is nearly as recognizable to Shocker fans as Gregg Marshall. That’s because Lynn Marshall’s role on the team has naturally become that of a second mother. She’s grown close to the players, most of who live far from their own families. She brings them chicken soup when they’re sick and gives them a place to hang by the pool when they’re lonely. She talks to their real mothers all the time and has them text her if they need anything.

“She’s the most passionate and compassionate woman I’ve ever met,” Gregg Marshall told Kansas.com. “She’s totally invested…Other than her dogs and our family, she really cares most deeply about what we’re doing and the boys on the team.”
Gregg Marshall and Lynn Marshall also have two children of their own. They are the proud parents of a son, Kellen (2 years younger than many of the Wichita players), and a daughter, Maggie. The couple met at the 1989 NAIA basketball tournament, where Lynn Marshall (formerly Munday) was playing guard/forward for the College of Charleston. Gregg Marshall, then a young Charleston assistant, liked the Bellingham, Washington native who was earning her master’s degree from the College.

Neither of them was born with a silver spoon. While the couple was still dating, Lynn Marshall apparently told her family that she met a great guy who had a great job that paid him almost $20,000 a year. The two were married in 1994. And in 1996, when Gregg Marshall took the assistant job for a mere $45,000 he told his wife, “Our prayers have been answered. You don’t have to work. I’ve got this great job.” – usatoday.com

This was only the beginning. Now, Marshall earns around $1.865 million a year before incentives. He moved Lynn Marshall and his children onto a golf course in the Midwest where the kids play sports and Lynn Marshall gardens. They have four dogs, they fly around on private planes to Napa and they live a good life, in general. 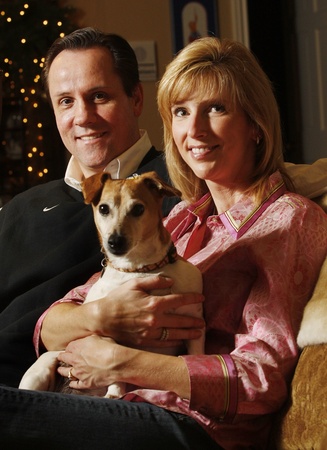