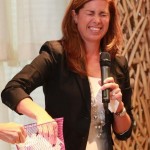 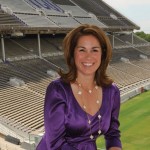 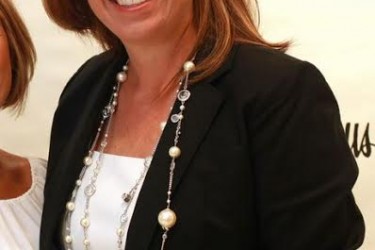 Gary Patterson’s wife Kelsey Patterson is often called Gary’s “conscience” by Gary himself, and she does seem like a dynamic woman. You can tell from her photos at the TCU Frog Chic Event. That particular event is simply a time when women graduates of TCU and people connected to the school get together at Neimun Marcus to shop and look at fashions. Kelsey seems to be having a great time in the photos.

Kelsey met Gary when she was the Director of Marketing at the Fort Worth Zoo in 2002. Gary apparently had some sort of radio show going on, and a co-worker of Kelsey’s asked her to meet him. The two kept dating right up to their marriage in 2004. Having been warned by Gary about how often he’d be away and how long his days were, Kelsey soon made the adjustment to having lots of time to herself. Her quote from a Star Telegram piece reveals her strategy: “All I need to know is when you’re going to be home. If it’s 10, that’s OK, just tell me. Then I can go do other things, have dinner with friends. Once I made that adjustment, and we made it with each other, it got a whole lot better.” They’ve prospered with the deal, and they’ve since had three sons named Josh, Cade, and Blake.

She also goes to a lot of practices and games, and Gary has said that he is a much more caring person because of her. Gary Patterson has notable off-field performances where he’ll play acoustic guitar and sing in front of people, and Kelsey will always be there to give him encouragement after he asks her if it was okay. Kelsey sort of considers Gary as being a father figure to his players, and so she reasons that all the away time is to ensure they have bright futures just like their three sons. 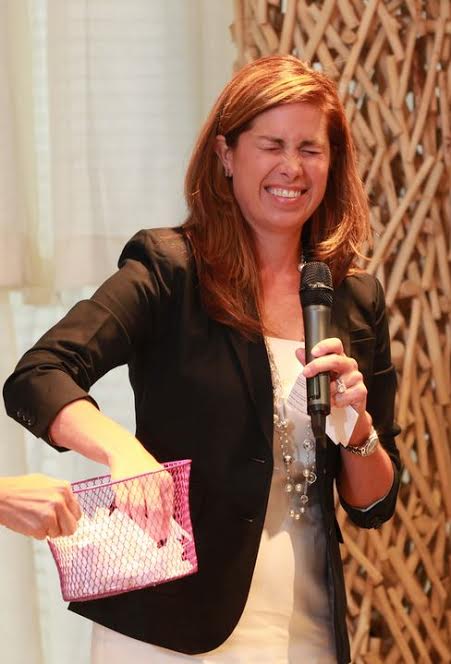