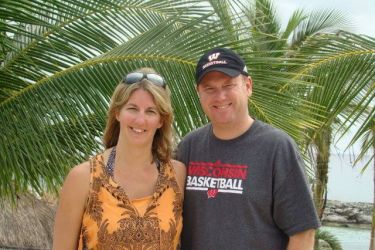 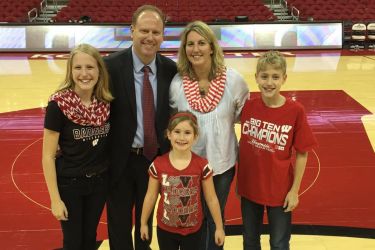 Greg Gard’s wife Michelle Gard has given birth to three lovely young kids named Mackenzie, Isaac and Peyton. Mackenzie’s the oldest at 12 years, and Peyton is the youngest at 5. For work, Michelle is actually the head honcho for one of the schools in the Oregon School District. The Oregon School District is a group of schools located in Oregon, Wisconsin. There’s five elementary schools, one middle school, one intermediate school, and one high school. I know it’s a little confusing the town is called Oregon, but they had to name it something and that’s what they came up with, okay? Michelle was the principal at the intermediate school, but she took a leave of absence to address a family medical issue.

Michelle went to school at the University of Wisconsin, Eau Claire. Make no mistake- Greg Gard’s wife and him are both native Wisconsin people. Greg himself grew up in Cobb, and they now live in Madison. I’m a big fan of Madison, Wisconsin. It’s got a beautiful campus and a vibrant and fun night life. The gig working for U of Wisconsin in Madison only started in January of 2015, so it’s something of an adjustment for the family. A short time before his hiring, Michelle and Greg went on vacation to a palm-treed oasis to get away from the daily grind. Vacations with the family are infrequent but come during respites from the season. Another fun family vacation was to Disney World in Florida back in 2013. The whole family also travels to tournament destinations like when they went to the Final Four in Texas back in 2014.

The couple met in a bar at 2AM according to profile by the U of W website. Greg Gard’s wife was celebrating some guy’s graduation, and Greg was a mutual acquaintance. Michelle certainly has all the confidence in the world in Greg. She said he’s extremely even-keeled. That seems to be a big strength for a coach. Michelle said in the profile that she’s seen all the qualities that he needs to have as a coach in their home life. I guess that means he draws out impeccable pick-and-roll plays on the kitchen chalkboard and calls timeouts during movies? She went on to add that what she saw in him when they first met was humility, hard work, and loyalty. Maybe he was working overtime to charm her. 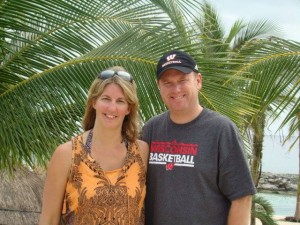 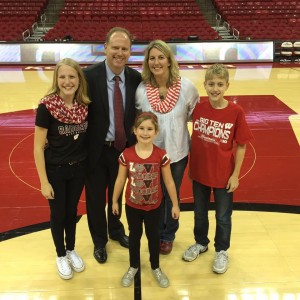 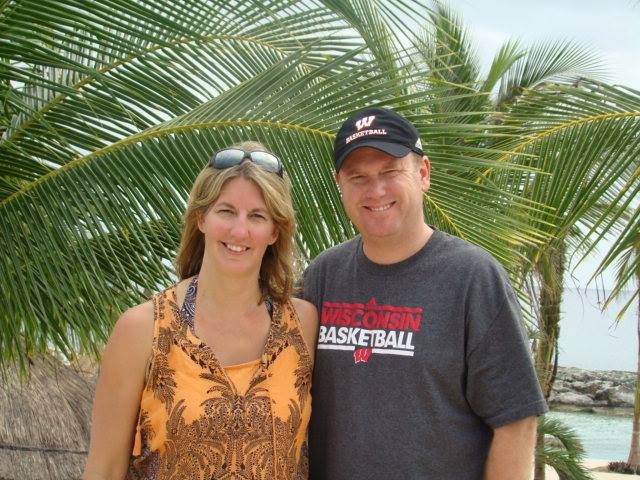