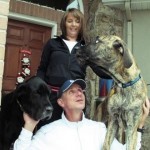 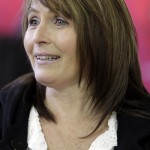 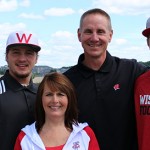 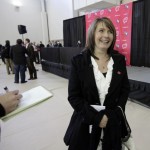 If you’re looking for a loyal lady, you could do worse than Wisconsin football coach Gary Andersen’s wife Stacey Andersen. The two started dating when they were both sixteen and have been together ever since.

An import from Utah State, Gary Andersen recently replaced the venerable Barry Alavarez, who stacked up an overall record with the Badgers of 118-74-4 along with 11 bowl appearances. So far, Gary’s led them through a respectable 9-4 season, losing to the SC Gamecocks in the Capital One Bowl. This was not Gary’s first big dance, though, as he’d led Utah State to a win at the 2012 Famous Idaho Potato Bowl.

Stacey has raised three boys with Gary, and all three play college football. Keegan and Hagen Andersen play for Utah State, while Chasen Andersen plays for Wisconsin. Stacey’s been quoted recently regarding her husband: “There’s no pulling any punches. He’ll tell you how it is. There’s no buttering it up. He’s just straight-forward and honest.” The shoe was on the other foot, however, when Stacey persuaded Gary to make a trip to the emergency room after blacking out and hitting his head at home, a product of exhaustion back in 2010. That’s just the level of commitment to life and work these two are accustomed to! Here’s to another 30 years for these high-school sweethearts. 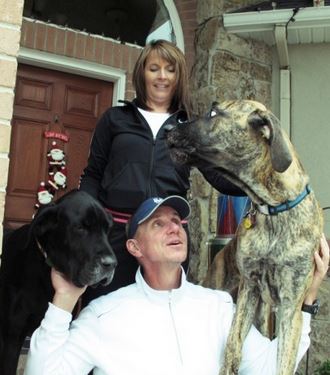