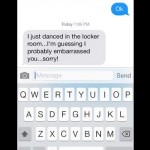 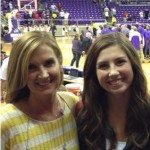 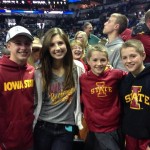 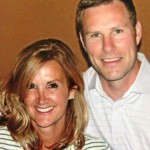 Fred Hoiberg is a happy man.

The man with Iowa State in his blood led his Cyclones to the Sweet 16 by knocking off UNC in the 2014 NCAA tournament. Fred Hoiberg’s wife Carol Hoiberg shared in the excitement a few rows behind the bench, though no one could could match the head coach’s excitement, seen by the dancing below.

As we mentioned, Hoiberg has Iowa State in his blood. Fred Hoiberg grew up in Ames, Iowa, where his father was a sociology professor at ISU. Carol Hoiberg also grew up in Ames, Iowa, as the daughter of an ISU professor. The couple began dating in high school, continuing through college, his NBA career, as well as his time with the Timberwolves front office. The couple jumped at the opportunity to return home to the school they both knew as home in 2010. The couple has embraced their return to Iowa with matching Twitter handles of @ISUMayor32 and @MayorsWife32. We’ll let you deduce who is who.

The couple has four children together, Paige, Jackson and twins Sam and Charlie. Paige Hoiberg became a bit of a Twitter star yesterday when she posted a screen grab of a text message from her father where he apologized for his locker room dancing. “Ahahhahaha don’t even currrr #nyc #SWEET16 :)”

My guess,… Fred didn’t either. Fred and the Cyclones will take on UConn Friday night at Madison Square Garden with an Elite Eight bid on the line. 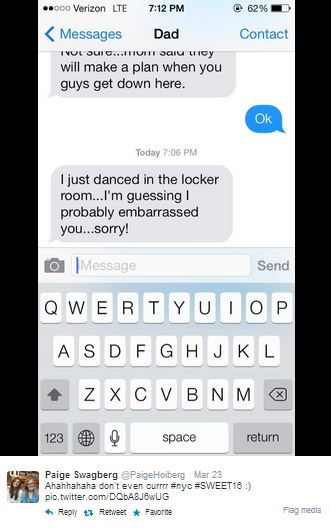