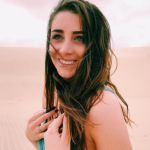 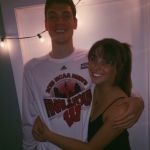 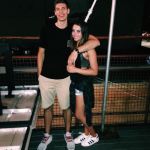 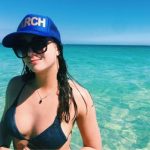 Ethan Happ’s girlfriend Jordan Robbins is an athlete in her own right.

Jordan Robbins is a redshirt junior on the Wisconsin Women’s Volleyball team.  She began her collegiate career playing volleyball at UCLA.  After playing her freshman year, and redshirting her sophomore year, Robbins transferred to Badger country.  Robbins is originally from San Diego.  If we’re being honest, the decision to trade year round Los Angeles for a Wisconsin winter is baffling.  But, we’ll at least give Ethan Happ’s girlfriend a chance to explain herself.  On her Wisconsin bio page, she explains

I chose the University of Wisconsin for the amazing academics, lively campus, incredible coaching staff and historic volleyball program.

So, there it is.  Can’t judge that.  By her Instagram account, Wisconsin seems to be treating her just fine.  And, while Wisconsin has become a second home, she’s still clearly close to home.  She’s proud to show off her family and remains close.   She took an online class last summer so she could be home with them.  The entire family took an amazing looking trip to Australia over winter break.  Her parents came to campus for a football game in the fall.  She’s also clearly very close to her younger sister Jamie and brother Jake.

Ethan Happ’s girlfriend looks like a fun person.  She’s clearly laid back, and describes herself as fun.  And hey, she’s not afraid to step on the court and serve as a personal rebounder for Ethan Happ.  While Happ rises to the top of NBA draft boards this spring, let’s hope he remembers who helped get him there.  Yeah, yeah, competing against the best competition helps.  But let’s not forget our girlfriend spending weekend hours alone in a gym while he shoots free throws.  It’s not alway the coaches or the competition, but the loyal people in our life who drive us to the top.  And Ethan Happ’s girlfriend is clearly one of those loyal people. 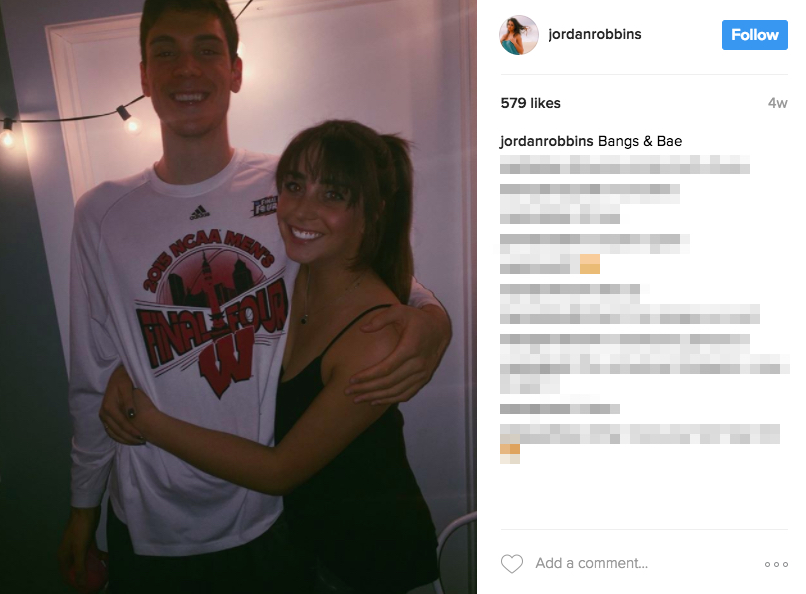