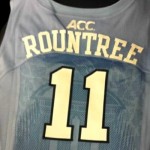 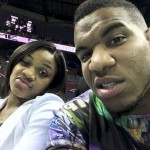 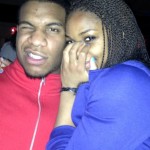 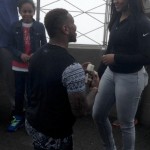 With some pre-draft theatrics sure to light up the TV tonight, Eric Ebron proposed to girlfriend Brittany Rountree atop the Empire State Building today. After having bought the ring over a week ago, Eric described himself as a “a ball of nerves”, which isn’t surprising. It’s a big step for a relationship regardless, without all of the attention placed on him by virtue of being in the green room for tonight’s NFL draft. The pair has been a couple for 2 years and appears to have the stamina to withstand the extra attention.

Eric Ebron’s girlfriend Brittany Rountree is a fellow UNC tarheel, after attending Potter’s House Christian Academy. Brittany was born on Born Sept. 10, 1992 and is originally from Jacksonville, Florida. She plays basketball at Chapel Hill and is the starting shooting guard for the team.

We’re betting that she’ll be in the green room tonight and won’t want for attention by any stretch. Ebron is the top tight end prospect in tonight’s draft so I’m hoping that we catch a glimpse at Brittany Rountree when the Patriots call his name…

Oh, also one more thing. No one else has the name of Eric Ebron’s fiance Brittany Rountree as we go to press with this article. So as other sites start copy us (we’re looking at one cartoony joke of a “competitor” site in particular – you know who you are), you know where to get your information first. 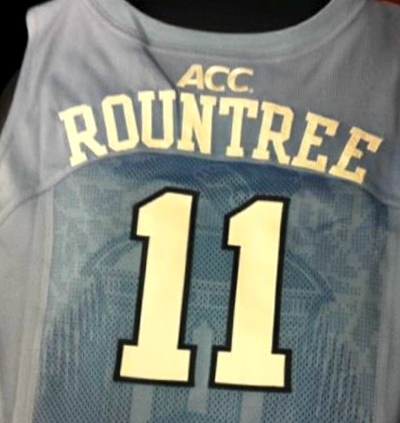