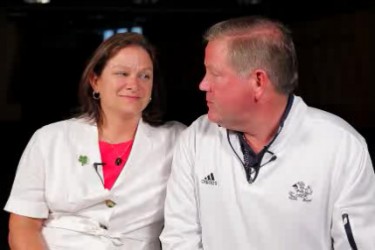 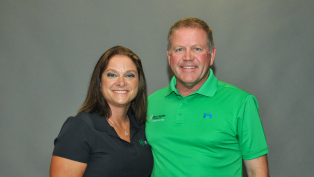 Brian Kelly’s wife Paqui Kelly is a two-time cancer survivor that can tell you a thing or two about breast cancer. She’s been diagnosed with two different forms of breast cancers, and the second diagnosis ​came just four years after she beat the first form. The second diagnosis, she says, saved a few of her sisters. She’s got six other sisters, and three of them had a very potent gene which held a high percentage of breast cancer risk. That led to three of them having double mastectomies.

Paqui and Brian describe Paqui’s bad memory as “chemo brain.” “She’s lost keys to keys to keys of keys,” Brian said, joking about how chemotherapy fried her memory. This use of humor must’ve been helpful when facing up to those two diagnoses of Pacqui’s. Brian Kelly’s wife was able to get back to being a full-time mother after beating them both. The couple have three kids and a little dog. That includes two sons and a daughter, all of them around the same age. The daughter is the middle child, and all of their kids look exactly like the parents, as one would expect. Their furry little black dog is one of those undetermined small breeds that are hard to identify.

Another important detail about Paqui is that she heads up the Kelly Cares Foundation, which is an organization committed to fighting breast cancer. They also list education and community as two of the other pillars in their mission statement. Foundations can tend to have somewhat vague mission statements, but the basic idea is to help fight cancer. Brian Kelly’s wife is at the gala events that their foundation throws every year, and notable sports figures like Bill Bellichick and singer Bon Jovi attended last year. 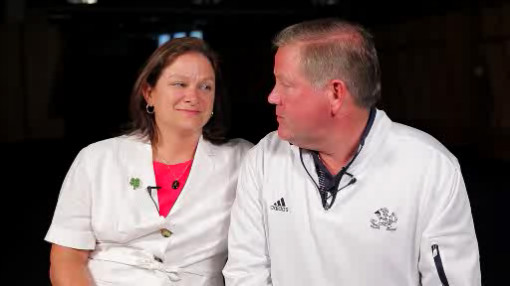