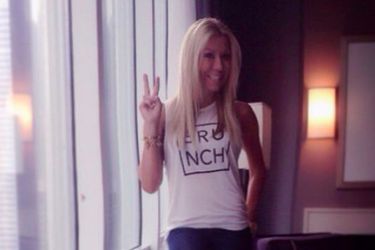 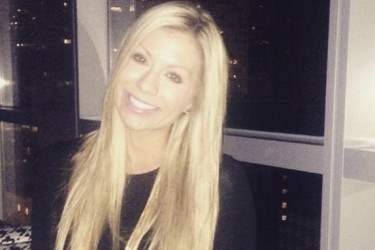 Bret Bielema’s wife Jen Bielema raised eyebrows when she talked some trash about Wisconsin losing to Arizona State by saying it was “karma.” We mentioned her in the post about Mike Vrabel’s wife Jen Vrabel. Anyway, she got some subtle medicine back after Jen Vrabel mentioned a certain Arkansas loss was also “karma.” This whole concept of karma and football games is ludicrous, as everyone knows, but it’s still fun to use it as an excuse to needle people on opposite sides of the battle lines.

Bret Bielema’s wife Jen Bielema has two Yorkshire Terriers whom I’m sure she’d want mentioned as part of her life. Jen posts pictures of them lounging in their little doggy beds and hanging out. I think she even put together a kind of photo session with them sitting on a chair, but it may just be a good picture she took with her phone. Jen recently attended an event supporting the Tim Tebow Foundation, which is a foundation that helps kids with life-threatening diseases. Jen did not bring any of her Yorkie dogs or even her husband to the event, but she still looked lovely.

One of the weirdest things that I noticed Jen post in her Instagram feed was a picture of her in Las Vegas with former Bachelor Juan Pablo and the winner of that season Nikki. It’s just an odd thing to see that couple in a day-to-day life picture because one immediately assumes their relationship is nullified the second the media lose interest, but Jen Bielema was there to prove otherwise. Jen also took a picture with Britney Spears in Vegas either before or after a performance she gave. I’m assuming Bret was too busy to go with Jen to Vegas because he’s not in any of those pictures, and I think she just went with her good friend. 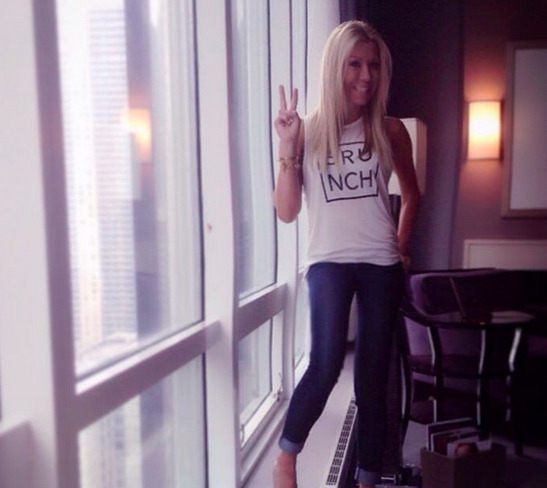