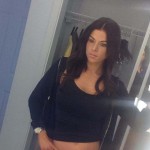 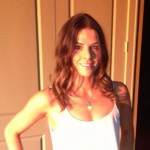 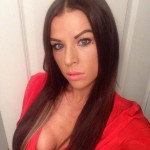 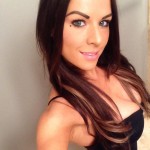 Jumped to a conclusion that wasn’t true ..can’t judge a situation without knowing all the facts ..I apologize ..

The Tweet was accompanied by a racy picture that appeared to show a naked husband and wife lying together.

Just in time for Christmas…. looks like everything’s back to normal. About those texts though………….

Ooh doggy, we’ve got a stinger for you. Internet savvy sports fans probably already heard about this, but the story alleges that Brennan Clay’s wife Gina D’Agostini cheated on him with his former college teammate DeMarco Murray. What’s worse is they were basically best friends, with Brennan having said he looked up to DeMarco and felt like his protege. Dang, way to take advantage of the mentor/protege relationship, DeMarco. Hey man, college– it’s a wild ride.

Here’s how the story allegedly went down: Brennan’s wife Gina apparently just kept her old cell phones in some drawer, and they had something like 50 text messages with naked pictures of her and DeMarco on them that they’d sent to each other. I’m curious why in god’s name she kept those things lying around? You’d think she’d go all Breaking Bad and get super secretive like when Walter White had his secret drug connection phone. His wife eventually found it, but at least he went to the trouble of hiding it. At least Brennan found out now after only four months and not, you know, four years. He took to Twitter after he found the cell and wrote

“So Demarco Murray was having an affair with my wife ..I’m done.”

Man. That’s one hell of a way to put it out there. What is it about Twitter that everyone goes on there to air their private matters? This didn’t even have to be a public thing. Then again, my football-drama senses are telling me Brennan definitely wanted to be a public shaming.

Brennan’s wife Gina may not be all the way natural. Now we can’t tell for sure, but there’s definitely been some changes through the years. She’s a pretty girl, though she seems to like the glassy-eyed selfie facial pose more than others– choosing to pass on fan favorites like le tigre and blue steel. She may dip back into the pro football pool of bachelors again (DeMarco Murray is now in the NFL). Once you go pro, you can’t downgrade unless you’re guy is still in college.