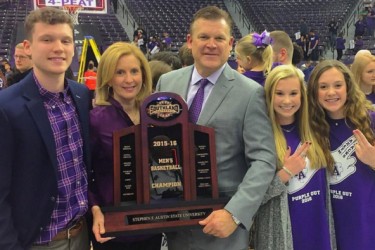 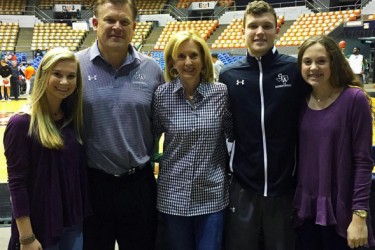 Brad Underwood’s wife Susan Underwood has already hit that magic number of kids for coach’s wives: three. I’m fairly certain the last four coach’s wives I’ve come across have all had at least three kids. If the trend continues, we’ll have to come up with a theory about keeping a college coach’s relationship going by having at least three children. Their kids are named Tyler, Katie, and Ashley. Tyler was playing for his dad at Stephen F Austin before Brad took the gig at OSU.

It must be understood that this development of Brad Underwood as coach of OSU is brand new. Brad Underwood’s wife Susan is still righting herself to the change. Their kids are old enough, though, that it’s not as big a deal as if they were in middle school or high school. Prior to the big shift to Oklahoma State, Susan and Brad were heavily involved with charities and community events. They’ve also been fairly involved in church activities. Susan was very warm and reciprocative to the OSU community at the welcoming press conference. According to the local Oklahoma news, she sat in the same place after the announcement for a half-hour receiving welcomes and giving hugs and such.

The public relations message was very clear: Brad Underwood’s wife is a big fan of Stillwater, the town where the college is located. That was a big deal for the community because the last coach’s wife didn’t want to live there. Susan was keenly aware of this. Before all this, the entire family took a vacation to the Cayman Islands and swam with some stingrays. Their son Tyler documented some of this on his social media. Susan likes to wear a big sun hat in the Caribbean, and I can’t say I blame her. Sitting out in 100 degree weather for more than 5 minutes without some good protection is always a bad idea. 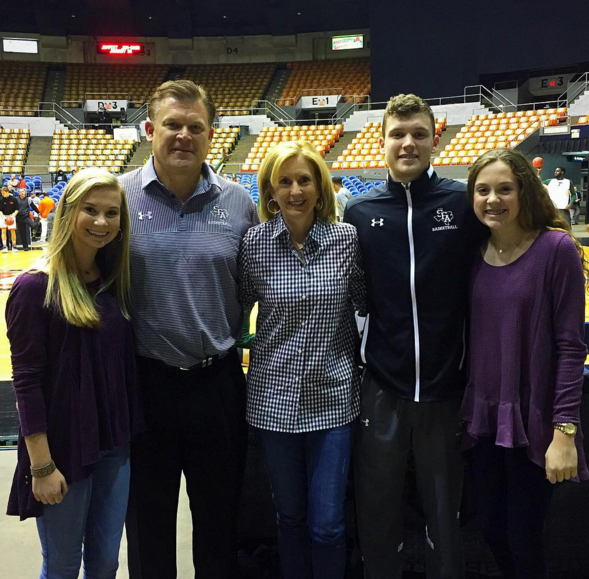