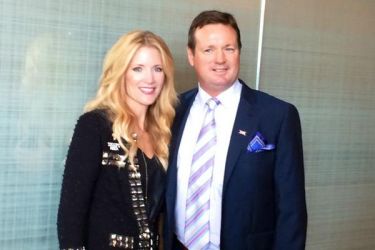 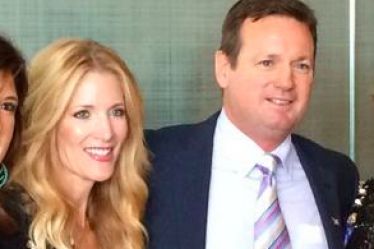 Bob Stoops’ wife Carol Stoops ​got some attention from media people recently by attending a convention for Mary Kay, who employed her for half her life, according to her. This convention was kind of a big thing. They had a massive stage set up in the same way a company like Apple would do it. I guess I didn’t know how big Mary Kay was for a lot of people. It sort of makes me curious what the market share for beauty products looks like in America. Those companies must be at each others’ throats non-stop, marketing and advertising.

Anyway, Bob Stoops’ wife Carol gave a speech in front of an auditorium full of people about her career at Mary Kay, and Bob just stood there and smiled like the lovely ornament he is. Kidding, Bob, naturally. The couple has a couple of twin sons and a younger daughter that were incorporated into Carol’s story about Bob being an inept child-minder. Sorry, but that was what the story was about. She is a pretty solid public speaker, and she is also easy on the eyes. The larger point of her speech was essentially to say how great the company is and how many nice and wonderful things they did for her and her family. It would’ve been entertaining if she trashed the company in front of the giant crowd, announced that she was quitting and then haphazardly tossed the microphone off the stage, but that’s just not how corporate speeches go. Carol lists her job title as “NSD,” which I believe means she’s the National Sales Director. She’s got no reason to quit a sweet gig like that. She gets free makeup for life and gets to shape giant sales strategies while wearing it.

I should also mention a sort of wacky situation that happened to Bobby and Carol back in 2003 while Bob Stoops’ wife was giving a Mary Kay cosmetics party at their house (the lady loves her some Mary Kay). Their nanny, a woman by the name of Janay Roberts, was on the second floor of the house and allegedly tripped on the family dog and went flying down an entire flight of stairs. If you find that funny, it’s okay. You’re allowed to laugh; it doesn’t make you a bad person. You should know, however, that she actually suffered some intense injuries, and a whole legal battle ensued. She claims the Stoops said they’d pay for her medical bills, and then they reneged. The nanny also claims the fall caused her to suffer a miscarriage. I imagine this was a super tricky situation for Bob and Carol to deal with. On the one hand, they feel bad for their nanny. On the other hand, it wasn’t their fault that she tripped on old Jimbo, the lovably oafish canine. I asked my friend what he’d do in this situation, and he said “Well, if I’m a college football head coach, I’d probably watch the tape.” 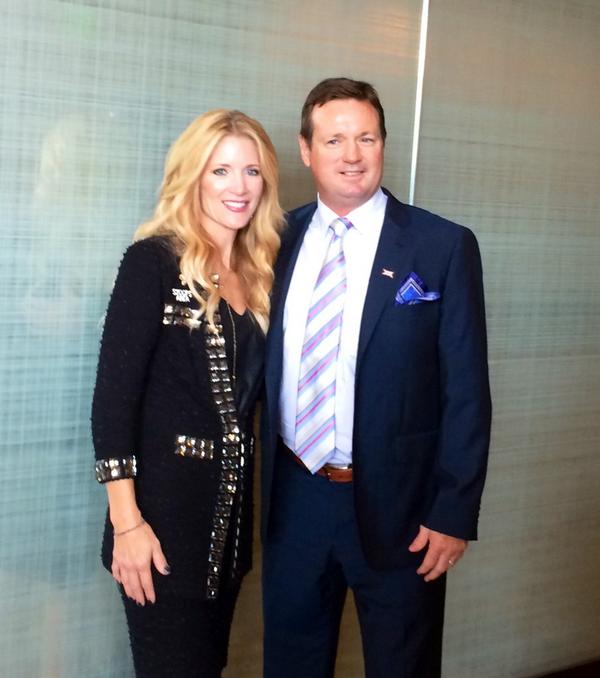