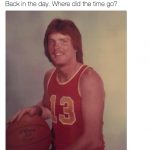 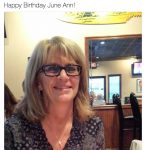 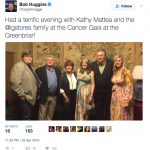 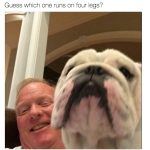 Bob Huggins’ wife June Huggins featured prominently in an article in 2011 from the Charleston Gazette. In it, she explained she loved close wins. The message seemed somewhat ambivalent, however, because she said she also preferred when they had huge leads. The point was clear: she likes when her husband’s team wins. If you marry someone who will coach basketball teams, root for their team! That’s sports wifery 101. According to the article, they began to date senior year at high school in Ohio. They married way back in 1977. Unfortunately, she didn’t realize how much of a time commitment her husband’s job would be because he is home only three nights per week.

One of the more eye-catching quotes from June also came in the article from the Gazette. June said marriage with him was like being single without any of the perks! People, if I’ve reminded you of one thing over and over, it’s that marriage to a coach is tough stuff. Since they stuck it out all the way from 1977, they seem to make it work. Of course, Bob Huggins’ wife also mentioned she travels more often than she would have otherwise. That’s because she has more opportunities to travel.

June is one of those great wives who occasionally bakes cookies for players. Some players call her Mom. I never understood this trend, but maybe that’s because I’m from New England and have ice in my veins. Bob Huggins’ wife is fantastic with players, he says. One of the things June enjoys most is a morning coffee with Bob. That only happens if he’s home, though. The couple raised two children named Jacqueline and Jenna. They are both aged around thirty now. They own dogs, and June stayed in Ohio for two years while they looked for a place to build their home in Morgantown, West Virginia. I just want to add that West Virginia has some of the most beautiful country on the Eastern side of the United States. 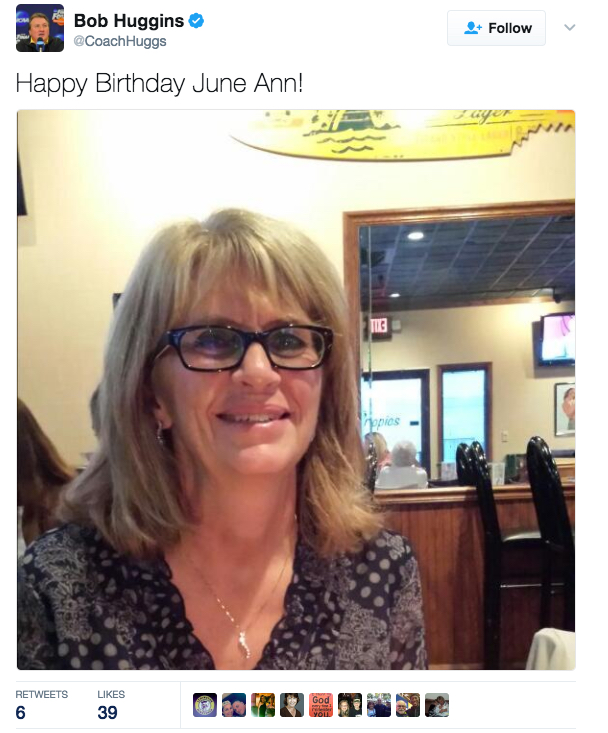