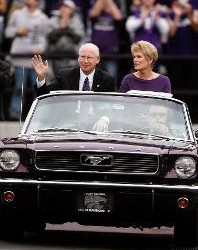 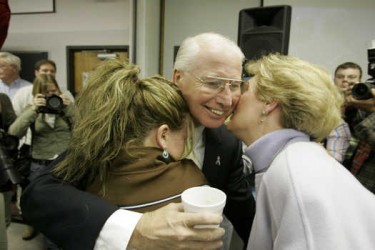 The sports world seems upside down right now. When I saw Kansas State was #1 in the BCS I asked myself a pretty simple question that I was semi-embarassed to ask: Who is coaching K-State these days? I remember the heydays of K-State football back in the late 90’s but it’s been a long time since we’ve heard from the K-State football program. Rather than Google the answer I went old school and asked a friend. His answer, Bill Snyder. I scoffed and said “No, Bill was the coach from the 90’s.” My buddy shot back and had to convince me that, “No,… Bill Snyder came back.”

Still not trusting my friend I ended up doing what I should have done in the first place and Googled it. If you had told me Bill Snyder was dead I would have believed that over him being Head Coach again. But much to surprise, sure enough Bill Snyder is back as head coach, and is working his magic once again.

So what else do we know about a man that we know very little about (including his employment status)? Well let’s start with Bill Snyder’s wife Sharon Snyder who is actually his second wife. They married in 1984 and have been together ever since. Bill Snyder was previously married to Judy Snyder. One of their daughters, Meredith, was paralyzed in a car accident in 1992 who was told at the time she would never walk again, However, through advances in medical technology and vigorous rehab, Meredith has been able to gain enough strength that she can walk with a cane.

Bill’s first wife Judy divorced him in 1979. The little Bill has spoke about his first marriage revolves around him taking blame for the divorce saying he was a bad husband, which we’ve seen time and time again from college coaches who are notoriously, “married to their jobs.” 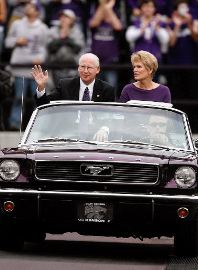