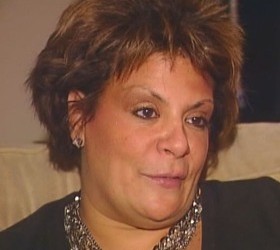 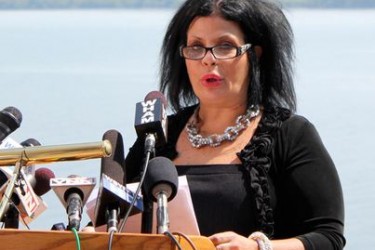 It’s not often that we find ourselves covering the wives of a coach or athlete embroiled in a scandal (see Jerry Sandusky), but at times the situation dictates we must.

Bernie Fine’s wife, Laurie Fine has become a central figure involved in the story surrounding the child molestation accusations levied against her husband. ESPN ran a series of reports around the Bernie Fine case, including a phone call between Laurie and one of the alleged victims, Bobby Davis. During the phone call, Laurie sounded like she was aware of the alleged sexual activities taking place between Bobby Davis and Bernie Fine, and felt “powerless” to do anything to stop it.

After a few months of relative silence from the Fine camp, word came out on May 15 that Laurie Fine was taking serious action. Laurie has filed a federal libel lawsuit against ESPN, reporter Mark Schwarz and producer Arty Berko for irresponsible reporting on this case. She alleged that her words from that phone call were taken out of context, and cast her in a very negative light. The 44 page lawsuit claims amongst many things that Schwartz, Berko and ESPN “spitefully destroyed Laurie Fine’s reputation” in their reporting. They also accuse Schwartz of losing his journalistic integrity after a decade of communication with Bobby Davis and sought to capitalize on the unfounded Bernie Fine accusations in the aftermath of the Jerry Sandusky case. The lawsuit also claims that Bobby Davis was a troubled young man who would call frequently, leaving Laurie Fine with little recourse than to let him talk, and either agree to placate, or to respond sarcastically. Fine also rebukes claims of Laurie Fine engaging in sexual relations with Davis, and various members of the Syracuse Men’s basketball team.

The suit requests compensatory and punitive damages to be assessed to ESPN and determined by a jury. ESPN responded to the allegations with only the following statement:

The suit is without merit and we stand by our reporting

Bernie and Laurie Fine were married in 1985 and have three children. 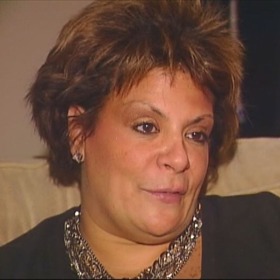