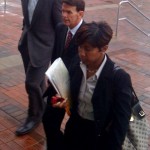 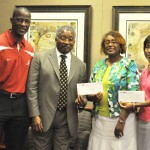 I wish we had more on Christina, I really do. You’d think for a school that’s as sports crazy as Alabama, there would be more about their head coach, even if it’s not their football team. However, through some sleuthing we have pulled a little bit of information:

Anthony Grant married the former Christina Harrell and they have four children together, three sons and one daughter: Anthony, Preston, Jayda Danielle and Makai.

Anthony and Chris Grant are very involved in community charities and projects. In response to the tornadoes that swept through Alabama in April of 2011, the couple established the Sweet Home Fund. This charity was set up to help families begin to rebuild after the devastating events, whose mission statement reads:

Our mission is to assist in rebuilding those areas of our state affected by the storm and to assist Alabama families in-kind
On April 27, 2011, tornadoes struck the great state of Alabama leaving massive destruction in its wake. Hundreds have died and many more have been left homeless. Victims are in need of the most basic supplies: food, water, and clothing.

Building the lives of families who lost so much will require the help of many. Please consider joining this effort to help families all over the state of Alabama.

There are many more articles showing the Grant’s commitment to the community including a recent donation of more than $20,000 to area schools.

Anthony has always been considered a rising star in the college coaching community. Anthony first was a decent but not great player at Dayton before hitting the college circuit. He was one of Billy Donovan’s top assistants before taking the job at Virginia Commonwealth and eventually Alabama. His rise through the ranks is may not end at Alabama, but it’ll be interesting to see how far he takes them in 2012. 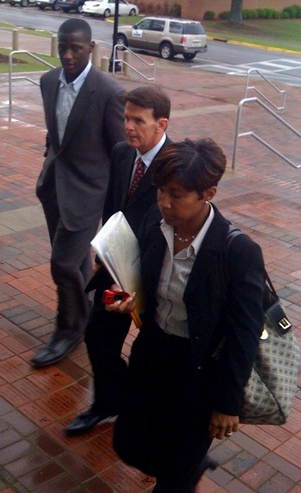