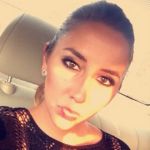 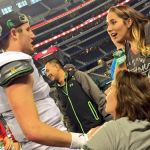 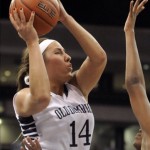 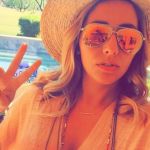 No, this isn’t one about Connor Cook’s girlfriend, or Connor Cook’s wife. It’s all about ​Connor Cook’s sister Jackie Cook, who is a hot chick that used to play basketball and now lives in beautiful, sunny San Diego. ​She enjoys showing off her body in swimsuits, and she goes to the beach as often as you might expect a cool, easy-going San Diego hot chick to go to the beach. She’s got a lovable English Mastiff dog named Duke, and he’s her trusty sidekick. It’s actually kinda’ hard finding a picture where she’s not in a swimsuit. She really does gravitate towards the beach. All of her friends are the same way. It’s like they’ve got some kind of beach club going or something.

Jackie attended the 2015 Coachella this year with one of her girlfriends, and it looked like a pretty fun time. It’s one of the most expensive music festivals that there is, so I guess she had to save up somehow for that one. She classifies herself as “retired” on her Instagram page. She’s like a professional party-goer. She’s even got her own Volkswagen Bus to romp around in. I’ve always kind of liked those old VW’s because they were the traditional touring bus for rock musicians back in the day. At one point, Connor Cook’s sister Jackie played college basketball at Old Dominion. She majored in Communications. Both their parents, incidentally, played college division 1 sports. Jackie’s dad played football at Indiana University, and Jackie’s mom played basketball at the University of Cincinnati.

Last year, Connor Cook’s sister spent her summer traveling to Chicago and chilling out in the bay in a swimsuit with friends. She also went to Italy and found some beaches and boats there. She went to Ibiza, Mallorca, Rome, you name it. I watched a video she put together of her and her friends traveling in Europe during the summer. She’s a big fan of the selfie stick and taking pictures of herself swimming in the water. There were lots of jumping off rock ledges into beautiful water moments. Swimming, hanging out on beaches, and partying on boats is what Jackie is all about. She documents it all herself too. Everything must be documented at all times, in her world. 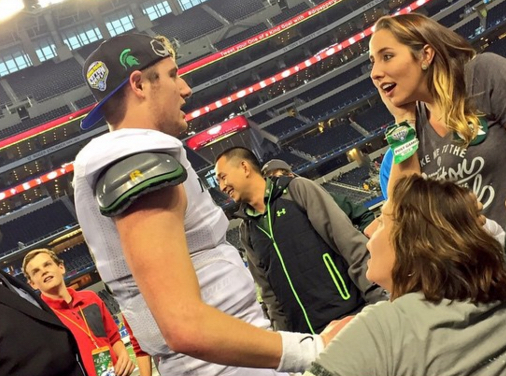