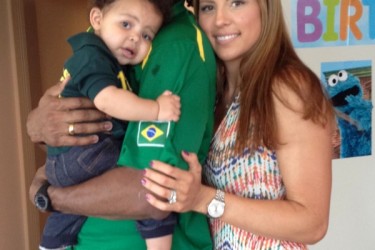 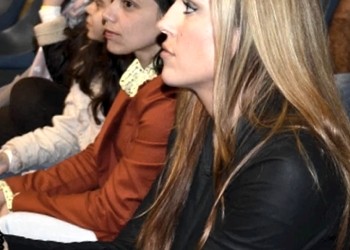 Nene Hilario’s wife Lauren Hilario shared a very similar, scary experience with the big man. Nene, which was a name he picked for himself back in 2003 that means “baby” in Portuguese, has been through some tough trials throughout his ten consistent seasons. Don’t ask me why he chose to name himself Baby, dear reader, for I cannot say.

Lauren is a tall lady, having been a college volleyball player. She was a teammate of Nene’s manager Alex Santos’ wife, and Nene met Lauren the night Alex’s first child was born. Coincidentally, Lauren’s sister Ashley dated the Pelicans’ Jason Smith for five years, and concurrently with Lauren while she was dating Nene. Jason broke up with Ashley and married some other chick, though, but that’s a story for another day.

So here comes the first real challenge to Big Baby (Brazilian Edition). In 2005, he tore a ligament in his knee and was out for an entire season recovering. He recovers, and two years later both he and his wife have to undergo tumor removal surgeries! Lauren’s was benign, but it was on her brain, and Nene’s was not benign, and it was on his…testicle. The nut and brain combo– brutal.

Not to worry, Lauren, your son Mateo is now three years old, and your deeply religious husband seems like one of the most loyal NBA guys there is (he tore up a basketball card of Shawn Kemp after hearing about his off-court behavior). Nene had a great season, averaging 14 points, 5 rebounds, and 3 assists. He made $13 million and stands to make the same for the next couple years. 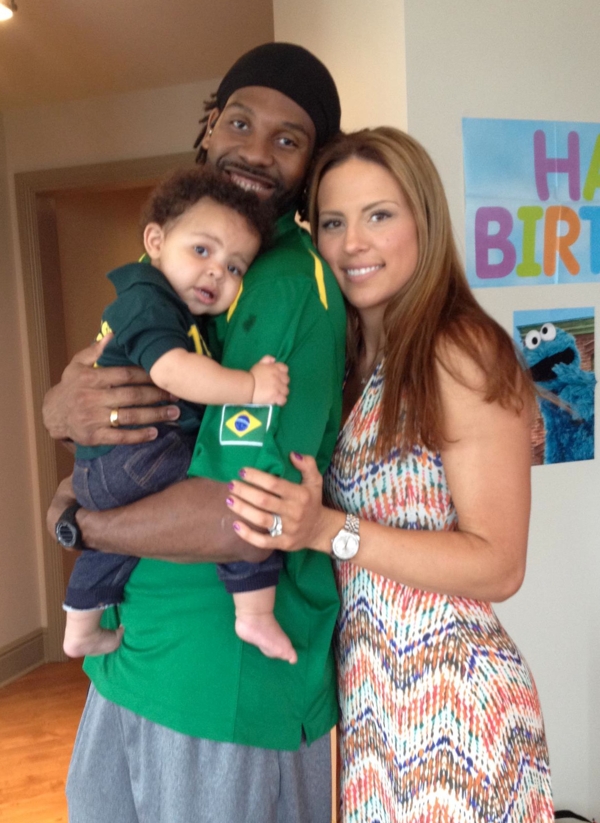