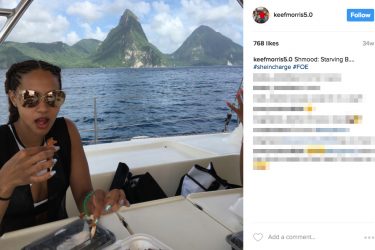 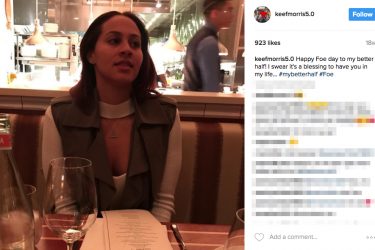 Markieff Morris’ wife Thereza Morris showed up on various media outlets because he said something interesting. He told the media,

“My wife tells me all the time I’ve got big nuts.”

Those were his words. It seems like a just a little bit of an overshare to me, but at least he’s open, right? The reason for the comment was because he shot some clutch free throws. I guess it helps to bring some levity to post-game interviews. There is all kinds of speculation on the internet about their marriage, but we like to say far away from the speculation game. Based on appearances, they look like a happy couple. Thereza goes by the nickname Pearly. I think she enjoys the nickname because she has pearly white teeth.

We know very little about Markieff Morris’ wife since she keeps a low profile online. He does post pictures of them together on vacations. In May of 2016 they traveled to an exotic tropical location and spent time on a boat. He posted the picture of them on the boat and said she’s in charge. Markieff has a line of clothing called FOE which stands for “Family Over Everything,” and Thereza wears many items of the line at his games. If you peruse his Instagram long enough, you’ll see plenty of #FOE.

Overall, it appears that Markieff Morris’ wife enjoys her new married life. Vacations to exotic locales are always nice. To us, Markieff seems like a cool guy, a good player, and a nice husband. I’m sure Pearly would agree because he wished her a happy FOE day. Markieff likes to take her out to nice restaurants. I am fairly certain Pearly worked or does work as a dental hygienist, but I can’t confirm that. Unfortunately, the most we can confirm,… is that she’s analytical of Markieff’s anatomy. So there you go! 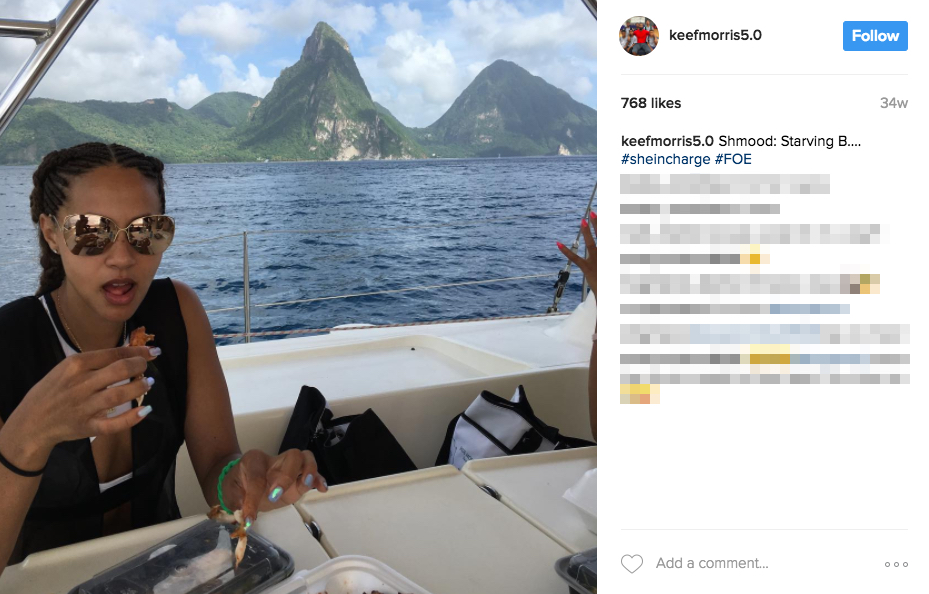