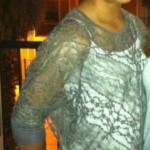 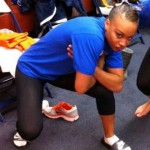 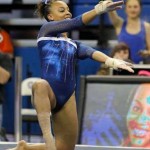 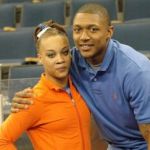 Actually, maybe the header on this one should be switched around to read “Kytra Hunter’s boyfriend Bradley Beal.”

This dynamic freshman duo very well could be the most popular couple on the University of Florida campus. Bradley was the star guard on the Florida basketball team. He lead the Gators to the Elite 8 where they were beaten by Louisville. He will soon be moving from the UF campus to a team unknown when the NBA draft occurs. Current reports have Bradley going anywhere from the #2 pick to #5. Considered by many to have game that mirrors Dwyane Wade, Bradley has been climbing draft boards after impressive predraft workouts.

There are very few people who could top the accomplishments of Bradley at such a young age, though one who could make a strong case is Bradley’s girlfriend Kytra Hunter. Kytra won the 2012 NCAA All-Around Championship in gymnastics and also took home the tile in the vault. Kyt or Kitkat as her friends refer to her was the first Florida Gator to win the all-around title. Kytra has been performing gymnastics since she was 4 years old and while she has done events for the US we do not expect her to be in London this summer for the Olympics. 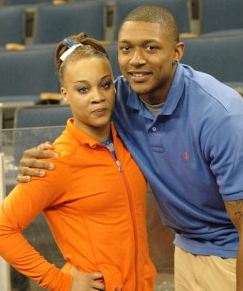