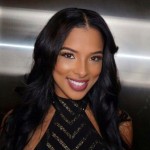 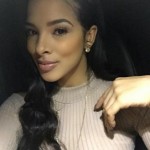 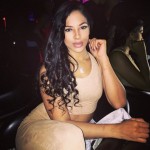 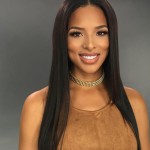 Bradley Beal’s wife Kamiah Adams-Beal is a beautiful Instagram model closing in on the big number.  As of this writing, she’s got 840,000.  But one million followers is within sight.The more followers you’ve got, the higher your potential value as an advertiser. She’s only really advertised a few things. One of them was some kind of dieting tea. The other thing was a sweater of Santa Claus. I always wonder what the paycheck on something like that is. She mostly just likes posting pictures of herself having a good time and looking good. She seems to score actual modeling gigs outside of just posting pictures online because she’s sometimes heavily made up and in costumes, but she never mentions who they’re for. She’s classy.

Not only is Bradley Beal’s wife killing it on Instagram, but she also launched The Beal Family YouTube page.  Kamiah Adams-Beal has given birth to the couple’s two children, both sons.  She chronicles their life as the family of one of the best players in the NBA.

Kamiah has got a great energy and vibe about her. All of her comments are sweet and down to earth. This is one of the reasons why she has people signing up to follow her. She seems like the kind of girl you’d want to be around.  Bradley Beal’s wife and sons aren’t the only living creatures in the house.  They also have two dogs. One is a Rottweiler and the other is a French Bulldog. They’re named King and Diesel. Bradley and Kamiah are big fans of these dogs. The dogs are just like them- they radiate good vibrations.

Kamiah posts some pretty good quotes online. One of them was a comment about the difference between being jealous and territorial. She said, “jealous is when you want something that’s not yours. Territorial is protecting what’s already yours.”  I don’t entirely agree with this statement, but I certainly appreciate that it makes me think about the idea.

Bradley Beal’s wife once sported a Ramones t-shirt, which is very cool. I dunno, guys, I could look at pictures of this chick all day. She’s super hot, smart, and has interesting ideas. I mean, here’s a gem from her: “Build someone up. Put their insecurities to sleep. Remind them they’re worthy. Tell them they’re magical. Be light in a too often dim world.” I mean, that’s some Jedi shit right there. Gotta’ love Bradley Beal’s wife… 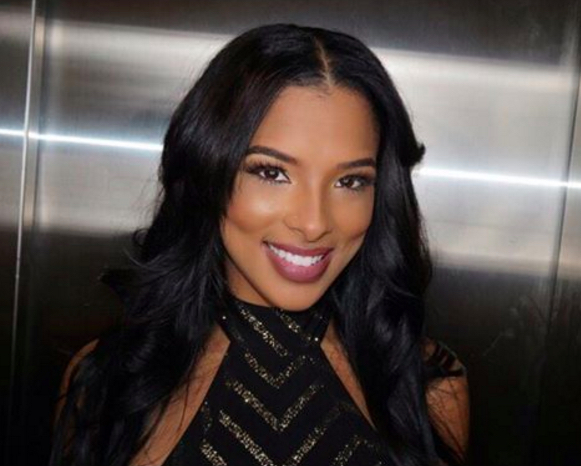