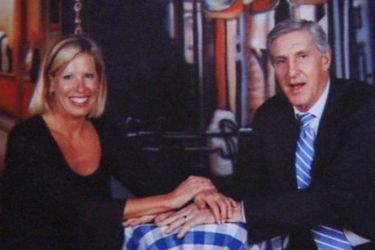 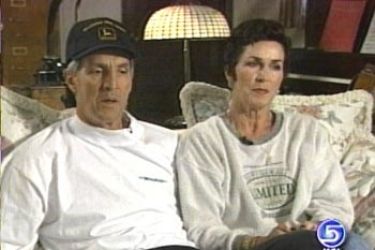 I remember Jerry Sloan as the tall, shouty and somewhat awkward-moving coach of the Utah Jazz during the peek of the Jazz’s reign as top dog in the west. Unfortunately for the Jazz, Michael Jordan and the Bulls always stood in their way. Jerry Sloan’s wife Tammy Sloan wasn’t with him at that time since he was married to his high-school sweetheart and wife Bobbye Sloan.   Bobbye passed away on 2004 of pancreatic cancer after six years fighting the affliction. Two years later, Jerry married Tammy Jessop.

In a Sports Illustrated article from 2002, Jerry Sloan’s widow Bobbye Sloan said they were in a terrible place in the relationship as a result of her illness and Jerry’s tendency to internalize his pain. The article talked about how he was a heavy smoker and drinker who would sit in the bar and get drunk a lot. They used to have a ritual where they’d find each other from the court to the stands and blow each other a kiss before every home game. That’s very sweet. After Tammy’s passing, Jerry Sloan’s wife Tammy Sloan was like an injection of good-spirit and cheer.

Jerry Sloan’s wife said that he always looked really sad in his interviews and press conferences, like a big grump. Well, can you blame the guy? He was an NBA coach for 26 years, got to the playoffs almost every one of those years, and never won a championship. Thats gotta’ be torture. If you were a coach for 26 years and only made the playoffs a couple times, at least making the playoffs would feel like a kind of victory, but if you made the playoffs every year, then it’s no big deal and you’re just treading water. Maybe that’s a bad way to look at it, though. Anyway, Tammy is originally from Ohio and moved to Utah in the early 1980’s to work in restaurants. When they met in 2005, Tammy already had a nine year-old son named Rhett (who is now twenty). They have to deal with Jerry’s diagnosis of both Parkinson’s disease and dementia now. That is a raw deal, if you ask me. Tammy loves Jerry very much and has said that Jerry adores her son Rhett. 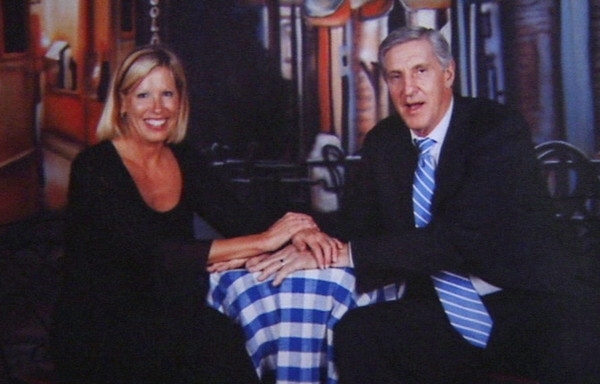