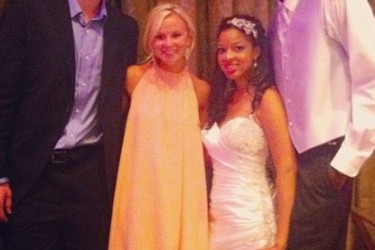 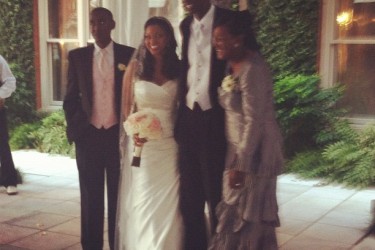 It’s been a long time since the Slam Dunk contest has been relevant. Yes, in recent past Blake Griffin and Nate Robinson have provided some hype, but overall the event is nothing like it was back in the 90’s. All of that said, the show just go on. The defending champ is Jeremy Evans and his wife Korrie will certainly be watching him attempt to repeat.

Jeremy Evan’s wife Korrie hasn’t been in that role for very long – the couple just got married on August 25, 2012. The ceremony took place in Savannah, GA with teammate Gordon Hayward and coach Tyrone Corbin in attendance. Evans wisely let Korrie do all of the planning, but is quick to say he was ready to help when called upon. The couple met in college, both studying at Western Kentucky.

Evans is just another in a recent string of second round draft picks to make an impact in the NBA. For a while it was almost a given that if you weren’t drafted in the first round, your career was probably going to be pretty short (if you even had one at all). While the majority of his notoriety comes from the dunk contest, Evans has been serviceable off the bench for the Utah Jazz. Just goes to show that with good scouting, you can pick up the likes of Monta Ellis, Marc Gasol, Glen Davis, Danny Green, Mario Chalmers and Omer Asik, just to name a few. Evans personally just got the sign he’ll be around for a but, signing a 3 year, $5.5 million deal after the 2012 season. 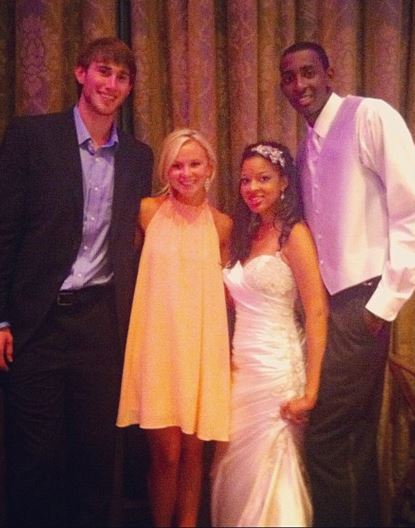