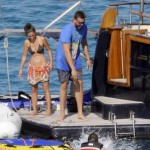 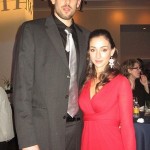 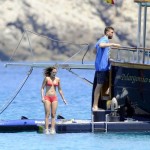 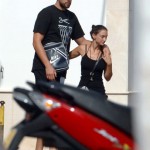 Marc Gasol’s wife Cristina Blesa has been in the picture since at least 2012.  But for a long time, we had nothing to go on.  Hell, our old post started with “HEY WE HAVE A NAME!”

But, that was a long time ago.

And this is now.  And now Cristina Blesa is the now Marc Gasol’s wife.  Way back in 2012, there was virtually no information in English about her online.  Though, we did come across a site in what I think was German which may have had more information on her.  Google translator didn’t seem to exist back then.  But, we knew she existed.  The two were photographed together at various events; most notably at a Grizzlies charity event. They were also seen taking a vacation in the Mediterranean where they were spotted relaxing on and swimming off a luxury yacht. The same paparazzi that captured them lounging also saw them kayaking in the same area for whatever that’s worth.

They were married in August of 2013 back in Spain.  To date they only have one child, a daughter Julia Gasol Blesa, born in 2014.

Can we be honest?  That’s still just about all we’ve got.

And that’s clearly by design you idiots.

Clearly Marc Gasol’s wife wants to stay out of the limelight.  There’s no social media to be found.  Marc Gasol’s Instagram is very clearly a well crafted account aimed to exist, but shine almost nothing private.  And with all the social media mishaps that have happened to date, it’s a really smart move to be made.

But, folks, that ain’t all

The Gasol’s didn’t want the media near them on the day of their wedding, and took extraordinary measures to get there.   There was intense and heavy security around the event to make sure no one got in to snap pictures of the two of them.  The closest to happen was the grainy distance pics tweeted out in the below.

So hey, the Gasol’s want to be left alone?  We get it.  We’ll now leave them alone. 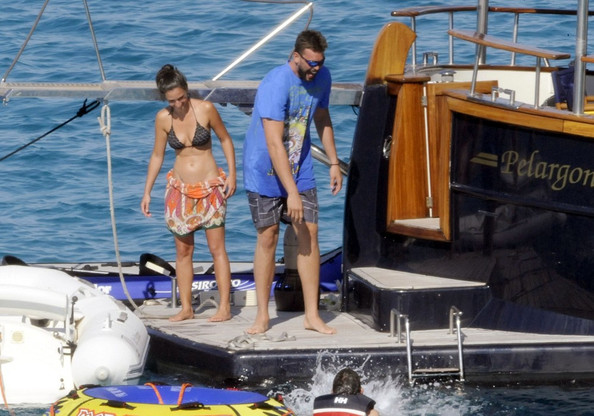