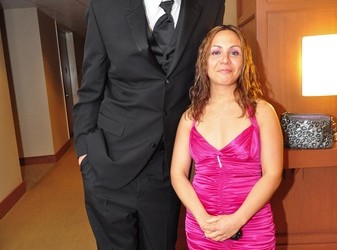 Luis Scola’s Wife Pamela Scola raises four kids, and none of them are Lebron James fans. The Pacers are up 1 game to none right now, and Scola, while not a big contributor, did pull down 5 rebounds.

We’ve got to remember that Scola’s trajectory as a player in the NBA started late. The story behind him entering the league and when he actually began playing is unconventional. First, the Spurs drafted him way back in 2002, but he never saw action until 2007 because of the league’s rule that no team can pay over $500,000 to buy out a player’s contract. That contract was for the Spanish Basque team Baskonia. In order to get out of the contract, Scola would have had to have paid Baskonia $2.5 million dollars. This did not happen. Eventually the Spurs traded Scola’s rights to Houston, and thus began the days of that large, sometimes annoying, head-banded presence in the paint (for everyone that wasn’t a Houston fan).

Scola’s best years were in Houston around the start of this decade. He was arguably an all-star in the 2010-11 season when he averaged 18.3 PPG, 8.2 RPG, .504 FG%, and 2.5 APG. That was good enough to bump his pay to $8.5 million next year- a nice take. He’s currently making about half that on a much better team. I wonder if the thought had crossed Luis’s mind to try and vie for the starting power forward spot on the Pacers. David West is a strong player, but Scola has posted similar or better numbers his whole career (except for this past season). In fact, Scola is posting the same points and more rebounds than West per 36 minutes. This makes him an asset coming off the bench.

Scola’s four sons are 8, 7, 5 and 3 by my calculations. That definitely puts a few of them in the sports-enjoying wheelhouse, though Luis has posted pictures of Playstation 4 on his twitter and mentions one of his sons so I think they’re probably more interested in mind-frying video games. It must be a fun thing to get together with your brothers and mom and watch your dad play a professional NBA playoff game. 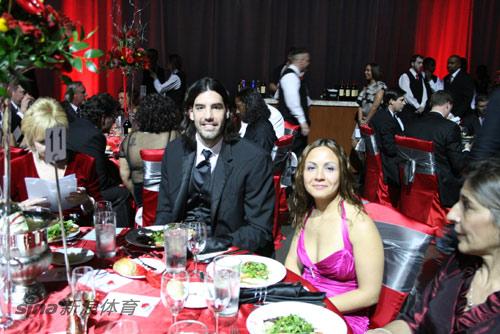