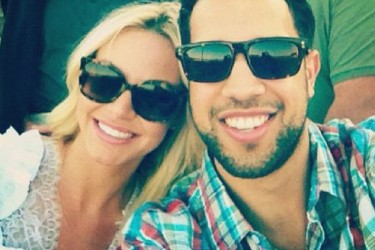 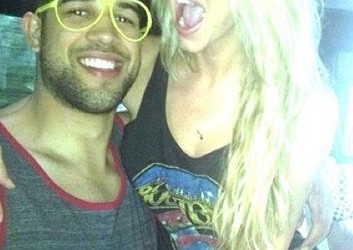 03-01-2013: Via his Twitter account, Landry Fields has made two things clear. First his girlfriend Elaine Alden will soon be his wife. And second, his fiance Elaine Alden is pregnant with the couple’s first son.


How does one write the sounds of a standing ovation? Or should we just tell you we’re standing and applauding? I mean, how does one truly applaud the dating skills and efforts of Landry Fields?

In all seriousness,… Landry Fields doesn’t need our approval when he’s going home to his girlfriend Elaine Alden, who just so happens to be an absurdly hot model. The two were seen partying in Vegas recently, before heading off to see Fields’ sister graduate.

Alden is a 5’9″ model who has as extensive a resume as we’ve ever seen before. She has appeared in dozens of print and video ad campaigns, graced various magazine covers and also appeared in a music video. Her Twitter profile lists her as: Model, Fashion, life, sports enthusiast…Taking over the world one day at a time! haha xo. She’s not shy about her relationship with Landry Fields and announces herself as “In a relationship with Landry Fields” on her Facebook page.

There’s not a whole lot else known about the couple, but what more do you need. No matter how much money Landry Fields winds up signing for whether it be Toronto or New York, dude has officially outkicked his coverage. Impressive effort and congratulations, dude. 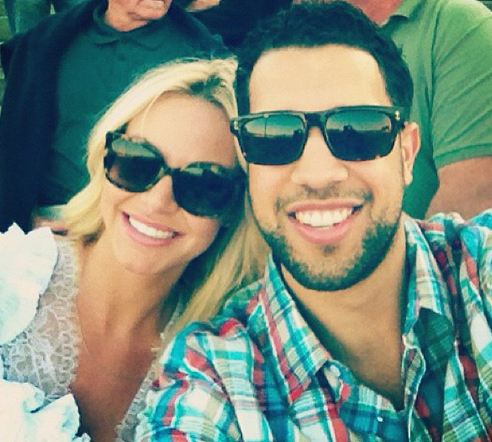