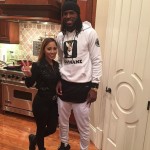 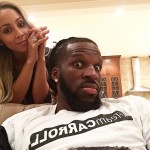 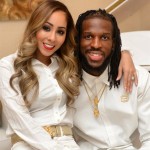 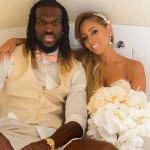 DeMarre Carroll’s wife Iesha is happy as hell that he’s got so much resolve. If you’re sent to the D-League after you’re drafted to the NBA, you may not come back. DeMarre’s one of those guys who fights real hard and works his way into better spots. Iesha just married the guy a day before he met with his new team, the Raptors. You can bet he’ll be pulling down more dough than he ever has next negotiation time.

Demarre and Iesha had been together for years before the marriage, and they have a young daughter named Lailah who is two years old and a son who was just born a little over a month ago. Their marriage took place on a palm tree-lined beach somewhere around the equator. Now their life takes place in the Toronto area in a big house which DeMarre Carroll’s wife has decorated in your typical suburban glass-and-crystal decor. Hey, we’re not here to poke holes in the interior decorating choices of player wives. It takes a while to develop your own aesthetic. Iesha was present at Demarre’s contract signing for the Raptors and is the very picture of grace in every photograph she’s in with Demarre. By my estimation, they have a really healthy, mature relationship.

To be honest, I think Demarre is one of the coolest guys in the NBA, and so by extension DeMarre Carroll’s wife must be a very cool woman. They were cruising around the desert in dune buggies last summer before Iesha gave birth. It’s great they still find time to do fun stuff like that with their full family unit which, by the way, includes two English Bulldogs. I should also note that Iesha has to worry a little about DeMarre because of his liver disease. He was having a problem scratching his skin and found out recently it was a somewhat rare liver condition which may require a transplant. Consequently, DeMarre actually visits kids in hospitals with liver disease and relates to them about, you know, having crappy livers. Seriously though, this couple is one of the best in the NBA. 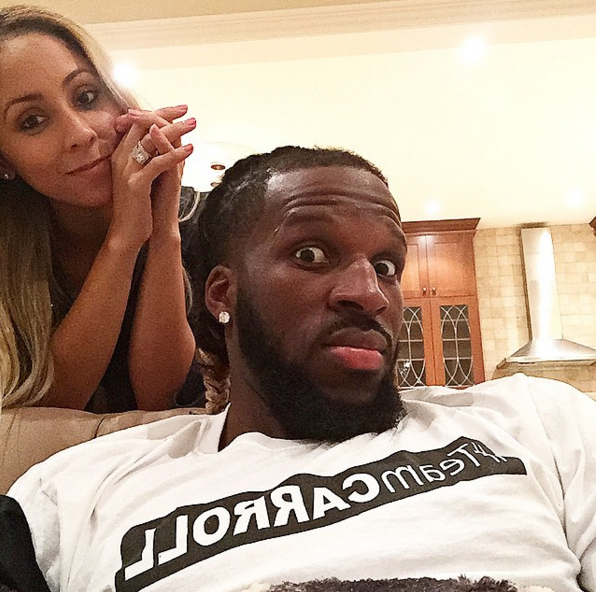